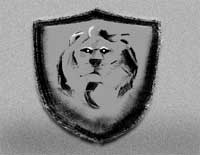 In a major confiscation by Mexican agents, more than 400 items were recovered, including a lion's head, the skins of leopards, pumas and a Bengal tiger as well as stuffed jaguars, ocelots and spider monkeys.

The agents raided a home in the southeastern city of Meridats and also found turtle shells, a shark and scores of stuffed birds, including parrots, macaws, pheasants, cockatoos, peacocks and flamingos.

The Mexican police arrested two persons in the raid who claimed to have permits to carry out the work, but officials said the permits were not in order and they had violated wildlife protection laws.

Taking serious note of the massive haul, Mexico's environmental protection agency, Profepa, said the raid was "a strong blow to the international traffic of skins and exotic animals in danger of extinction".