“Today I will start with a three-part sermon on Jesus was HIV-positive,” South African pastor Xola Skosana recently said in a Sunday church service.

The words stunned the congregation in Cape Town’s Khayelitsha township who felt the pastor was portraying Jesus as sexually promiscuous.

But Skosana told those gathered that in many parts of the Bible Jesus put himself in the position of the destitute, the sick and the marginalised. He was quick to emphasise he was using the metaphor to highlight the danger of HIV/AIDS. “Of course, there is no scientific evidence that Jesus had HIV virus in his bloodstream,” the pastor added. 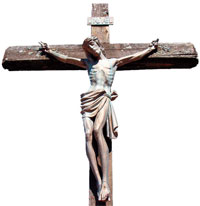 “The pastor’s sermon takes away the stigma that HIV is a sin and that it is God’s punishment,” said Vuyiseka Dubula, general secretary of a powerful AIDS lobby group. Skosana ended his sermon by taking an HIV test in front of the congregation—after which 100 churchgoers followed his example.