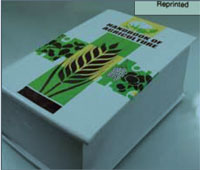 An undergraduate student of agricultural sciences once remarked, “Guatemala is the world’s largest cardamom producer,” only to be rebuked by his teacher. The perplexed student knew he had his facts right. But he was to realise his mistake once he went through the Indian Council of Agricultural Research’s (ICAR’S) Handbook of Agriculture. The textbook for agricultural students in the country credits India as the world’s largest cardamom producer, even though Guatemala had surpassed us decades back. And make no mistake. The student in question was consulting the latest version. But then he wasn’t at fault: since 1980, the handbook has been reprinted verbatim 10 times without any revision. Says P Changal Reddy, secretary general, Confederation of Indian Farmers’ Association, New Delhi, “Scientists of the Indian Council of Agricultural Research (ICAR) should be responsible for collecting the latest scientific information on agriculture.” But it’s quite obvious that they haven’t. Even on the organisation’s website, the latest information is the directory of scientists who have retired from the ICAR. But back to the handbook: its preface makes the candid confession, “The handbook was last revised in 1980. Since then agriculture in the country has undergone considerable transformation.” But then the handbook makes no attempt to reflect this transformation. Consider this: the statistical table for the pattern of land utilisation is updated till 1970-1971. The handbook also goes on to state that in recent times, locust activity was at its maximum during 1950- 1954 and 1960-196. Hey. It seems for the ICAR, Indian agriculture came to a standstill in the 1970s. The tragedy is that agriculture students in the country have to delude themselves with such moribund thinking. Ã”Ã»Ã¡