Both storms are forming off the coast of Southeast Asia and could have an effect on weather conditions in the Bay of Bengal, affecting the Tamil Nadu coast 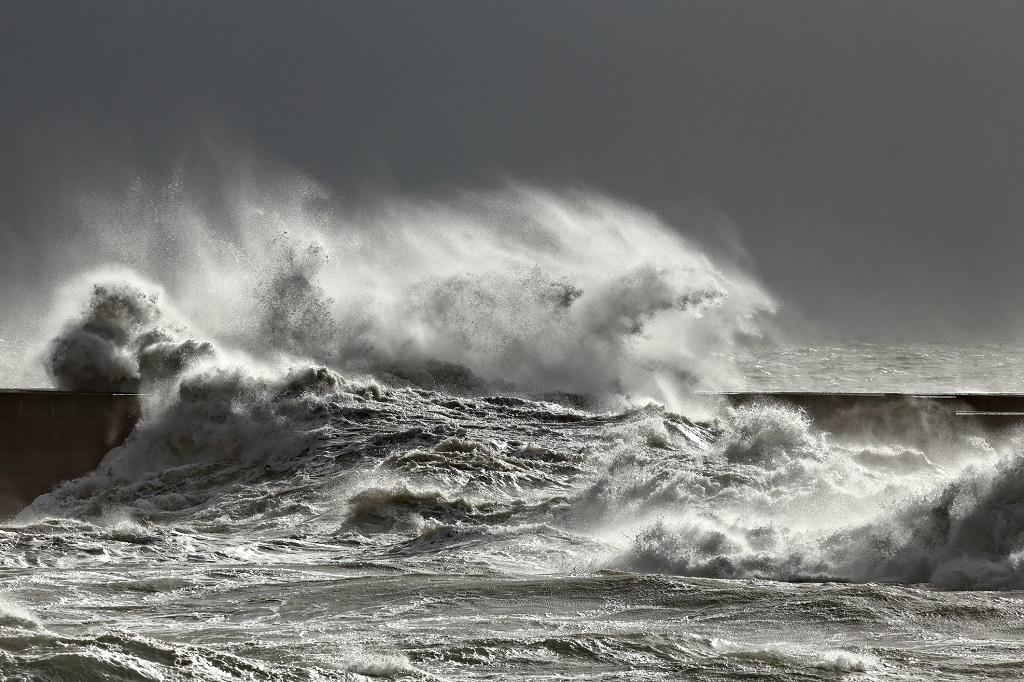 Just a few days after Cyclone Gaja battered Tamil Nadu, the state has more reason to worry. Two tropical storms are brewing to the east of the Indian Subcontinent which might have an effect on weather conditions in the Bay of Bengal.

One of these tropical storms is developing rapidly on the heels of an earlier tropical storm ‘Toraji’ that had killed 13 people in Vietnam. Most of the damage and deaths had happened in the resort city of Nha Trang due to landslides. The new storm has formed in a matter of days after Toraji dissipated and formed again in the Gulf of Thailand. It is expected to move towards the Vietnam coast in the next few days towards an area where Nha Trang is also situated. This is while Toraji is still active and bringing heavy rainfall in southern Thailand and Malaysia, according to the National Aeronautic and Space Administration’s (NASA) satellite imagery.

The other storm named Man Yi is more massive in its expanse and has wind speeds of up to 160 km/hr. It is developing towards the east, some 500 km southeast of Guam, which is the last territory governed by the United States. The local government of the island has already declared a storm alert for November 22. The current forecasted track of this storm will take it towards the north and north-west away from Southeast Asia but storms are highly unpredictable and it may well move towards the Philippines or even Vietnam in the days to come.

These back-to-back tropical storms in the Southeast Asian region might leave remnants which can cross over to the Andaman Sea and the Bay of Bengal in the coming days and cause storm and cyclonic activity.

Severe Cyclone Gaja, which had hit the Tamil Nadu coast close to Nagapattinam in the early morning hours of November 16, had also formed in the Gulf of Thailand from a remnant of Super Typhoon Yutu. According to scientists, some depressions and cyclones in the Bay of Bengal are formed in this manner. Yutu was the most intense typhoon to ever hit the Northern Mariana Islands, another US territory in the Western Pacific. Many locals had declared that they had never seen anything as intense and scary as Yutu before.

After forming in the Gulf of Thailand, Gaja had moved into the Andaman Sea and then intensified into a deep depression. It had collected water vapour over the Bay of Bengal and further intensified into a cyclone. It finally made landfall as a severe cyclone much later than predicted by the India Meteorological Department (IMD). Gaja killed 45 people in its wake and destroyed crops over an area of over 88,000 hectares, according to a statement from the chief minister of Tamil Nadu. It also uprooted 1.7 lakh trees and damaged 1.17 lakh houses in the state. Gaja, after causing all this damage had reduced in intensity initially and then re-intensified again. Then, it had moved into the Arabian Sea and gained strength to become a cyclone again. On November 19, it lay as a deep depression in the south eastern part of the Arabian Sea.

Immediately after Gaja, on November 19, another low pressure area had formed over south eastern Bay of Bengal and moved towards the Tamil Nadu coast, intensifying into a depression. This is the 14th depression this year in the North Indian Ocean region and has broken a 26-year- old record for the most depressions in a single year. Climate science predicts an increase in the intensity of storms in general because of warmer waters which can feed them with water vapour. A lot of storm activity is currently underway in the North Indian Ocean region or its neighbourhood, the exact causes of which can only be known after detailed study.