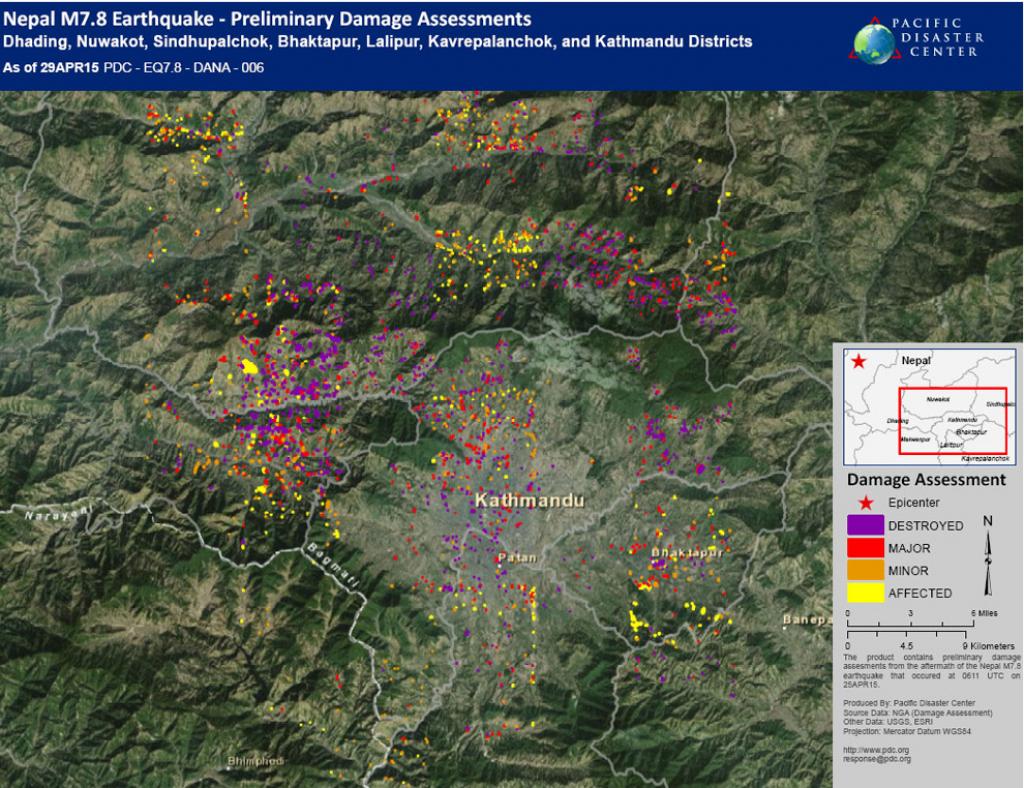 Five days after a powerful earthquake struck Nepal and brought thousands of structures crashing down on people, 15-year-old Pema Lamba was rescued alive from under the rubble in Kathmandu on Wednesday. The teenager survived by eating (clarified butter) ghee and drinking water dripping from wet clothes, BBC reported.

Rescue workers continue to look for survivors and retrieve bodies trapped under collapsed structures. The official death toll stands at nearly 5,500, according to the latest update. More than 10,000 have sustained injuries. Thousands of people are without shelter and adequate food and water.

US-based Pacific Disaster Center reported that emergency response organisations were finding it difficult to reach severely impacted remote villages. Access to these areas was already limited, but with the earthquake and heavy rainfall, existing roads and infrastructure may have sustained serious damage.

The aerial route is, as of now, a more reliable way of transporting relief materials to some remote regions. However, the influx of aid material from countries and international agencies had led to congestion at Kathmandu’s Tribhuvan International Airport on Wednesday, a report from Pacific Disaster Center said. This is expected to delay the flow of relief material to affected communities.

Around 200 people protested outside the Nepalese Parliament in Kathmandu against the delay by the government in supplying relief material to remote areas. Village residents also blocked trucks carrying supplies, demanding that the government do more to help victims.

The World Health Organization said it was working closely with the Nepal government to ensure medical relief is reaching the people. WHO will also scale up its public health response in the coming days to contain the spread of disease. “We are establishing an early warning response and alert system and strengthening the disease surveillance system in affected areas to identify any diseases that could spread through the population,” Hyo-Jeong Kim, WHO operations officer, said at meeting of health-related organisations at UN House in Kathmandu.