In less than six months after first reported in China, the H5N6 virus has been detected in poultries in Lao and Vietnam 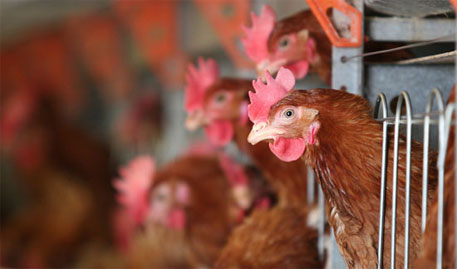 United Nations’ Food and Agriculture Organization (FAO) has issued a warning against a recently-emerged strain of avian influenza virus in poultry in Southeast Asia known as A(H5N6). Chinese authorities first reported the influenza A(H5N6) virus in poultry in April this year. Since then, the Lao People’s Democratic Republic and Vietnam have also detected the H5N6 virus in poultry.

“Influenza viruses are constantly mixing and recombining to form new threats,” says Juan Lubroth, chief veterinary officer, FAO. “However, H5N6 is particularly worrisome, since it has been detected in several places so far from one another, and because it is so highly pathogenic, meaning infected poultry quickly become sick, within 72 hours, and death rate is very high.”

The disease has been reported in just one person in China so far; he died after contacting the disease. “Current evidence suggests H5N6 poses a limited threat to human health at this stage,” says Elizabeth Mumford, epidemiologist, WHO. “It’s been detected in multiple places in poultry, yet we only have one human infection reported. This suggests that the virus does not easily jump from animals to humans. Of course, we still need to remain vigilant, because prevalence in poultry and therefore human exposure could increase during the winter.”

FAO and WHO have recommend poultry consumers to follow appropriate hygiene, food preparation and food safety guidelines. These include: washing hands often, cleaning utensils and surfaces used during food preparation, and eating only well-cooked poultry meat products. People should also avoid handling sick birds or those that have died of illness.