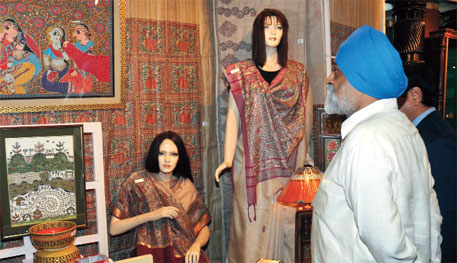 After much debate over the recent poverty estimate, Prime Minister Manmohan Singh has ordered a technical group to suggest a new measure of poverty. In fact, he had issued a directive on it in December. Singh rejected the current poverty estimate methodology, saying it was not “all-inclusive”.

In three years, this is the third such group constituted to evolve a methodology to measure poverty. While there is an existing group headed by Planning Commission member Abhijit Sen, states are undertaking socio-economic surveys to identify below-poverty-line households. The National Sample Survey Organisation (NSSO), on whose consumption expenditure survey poverty estimates are based, is already working on a new survey. “Nobody knows who will measure what on whose survey,” says a senior member of the Commission.

On March 19, the Commission released poverty data based on NSSO’s consumption expenditure survey of 2009-10. At the core of the estimate is its benchmark measure, the poverty line. The Commission had said that anyone earning over Rs 29 per day in urban areas and Rs 22 per day in rural areas is not poor (see ‘Inequality continues’). The latest poverty assessment, which used the Suresh Tendulkar Committee methodology, puts the number of poor in the country to 354 million. Poverty has declined from 37.2 per cent in 2004-05 to 29.8 per cent in 2009-10. In the last poverty estimate in 2007 the poverty line was Rs 12 per person per day for the rural areas and Rs 18 per person per day for the urban areas. In the past six months this is the second time the government has tried to define poverty line. Like the poverty line presented in September last year, the new poverty line had also faced sharp criticism. Both the times, the government cited faulty primary data collection as the drawback. It reiterated that poverty line will not decide entitlement to government’s development programmes.

“The consumption expenditure is being understated (in NSSO survey). This is probably affecting the poverty data,” explains Montek Singh Ahluwalia, deputy chairperson of the Commission.

Immediately after public outrage in September, the NSSO started preparing for the new survey.

The current estimate is based on a survey conducted during 2009-10, a drought year. So the survey reflected low consumption expenditure, particularly for the rural areas. The decision for a new survey this year was taken to capture expenditures in a normal year. This aimed at showing increased expenditure, reflecting higher income and fast reduction in poverty rate.

Going by the latest figures, poverty reduced annually by one per cent during 2004-09 despite average economic growth of nine per cent in three of the five years. A senior NSSO official says the new survey will not much change the current estimate. “In the past two years inflation has been high. Rather, this would have impacted people’s expenditure pattern.” The 2007 estimate attributed the low food inflation during 2000-05 to fast reduction in poverty. Inflation in rural areas was 8.3 per cent between 1983 and 1994 and 8.1 per cent between 1993 and 2000. It fell to 1.9 per cent between 2000 and 2005. Since the poverty estimate is based on consumption expenditure and food price is a major factor, inflation could make a crucial difference.