Makes provision for public funding of corporate research and development 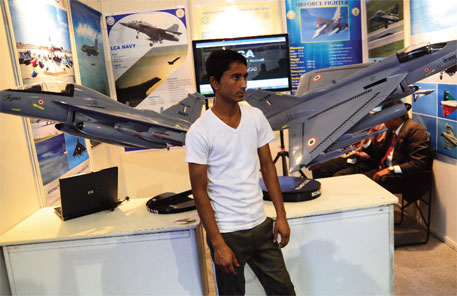 ON JANUARY 3, the prime minister unveiled the new Science, Technology and Innovation Policy that “aspires to position India among the top five global scientific players by the year 2020”. The occasion was the inauguration of the centenary session of the Indian Science Congress in Kolkata.

In its target, however, the policy is not different from the previous one announced in 2003. The 2003 policy had set the goal of raising gross research and development (R&D) expenditure to two per cent of GDP. The 2013 policy sets the same target for itself, for in the past 13 years R&D expenditure has incr eased by a mere 0.04 per cent to reach the present 0.9 per cent of GDP.

The welcome change is “linking science and technology with innovation”, says R Mashelkar, former director of Council for Scientific and Industrial Research. “Science can create knowledge but to convert that knowledge into social good and money, innovation is crucial,” he says, citing the example of Raman Effect that was discovered in India, but Raman scanners which used the “knowledge” for chemical scanning—now used widely in detecting narcotics in airports and forensic labs—were “innovated” abroad.

Among other targets set in the new policy is increasing the number of full-time R&D personnel by at least 66 per cent in the next five years. Acco rd ing to the UNESCO Global Science Report 2010, India spe nds $27.4 billion in R&D compared to $398 billion spent by the US or $104 billion by China. To add to the worries, India has 154,827 full time R&D personnel, barely one-tenth of those in the US and China.

Recognising the deficits, the 12th Plan outlay on various science and technology departments was increased to Rs 1.20 lakh crore from the previous Plan’s Rs 75,000 crore. But nearly half the outlay is allocated to departments like space and atomic energy. “Asp iration is different from what can be achieved,” says P Balaram, director of Indian Institute of Science, Ben ga l uru. “Besides resources, India needs tr a i ned personnel to achieve the targets. We need to realise that to train an entire generation it will take an entire generation,” he adds.

A significant departure is that the new policy takes recourse to the increasingly tainted public private partnership (PPP) model. It seeks to “promote establishment of large R&D facilities in PPP mode with provisions for benefit sharing.” This would entail modifying the intellectual property rights (IPR) policy for co-sharing of IPRs generated under the PPP model. The policy proposes to establish a National Science Technology and Innovation Foundation as a PPP initiative. What will raise eyebrows is that the policy treats R&D in the private sector on a par with public institutions for availing public funds. Mashelkar says, “The PPP approach needs to be lauded as Indian companies are now looking towards innovation-led growth.” The challenge would be to overcome the pr esent environment of trust deficit with corporates, he says.

But not everyone agrees. Leena Menghaney of NGO Medecins Sans Frontieres says, “Public funding might not ensure affordability of the innovated product and the industry might want exclusive rights over it. Globally, say for new HIV drugs, the basic research is always done by public institutions while the pharmaceutical industry takes it forward by incremental innovation.” Given the history of public-funded research, an R&D treaty is a must to ensure that the fruits of innovation like new medicines are accessible and affordable, she adds.