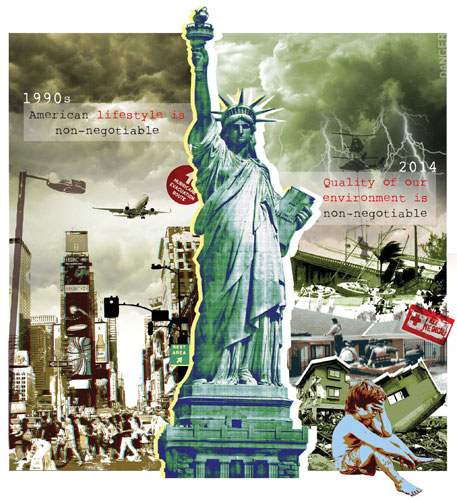 Telangana comes at a price

On June 2, India officially got its 29th state with the formation of Telangana. The new state has 10 districts and K Chandrasekhar Rao, who spearheaded the Telangana movement, was sworn in as the first chief minister. But Telangana's creation is fraught with discontent. People in Khammam (in Telangana) have protested the Centre's decision to merge seven administrative blocks of the district with Seemandhra to execute the Polavaram irrigation project. Rao, who is part of the protest, contends that the boundaries of a state should have been altered only after Parliament discussed it. 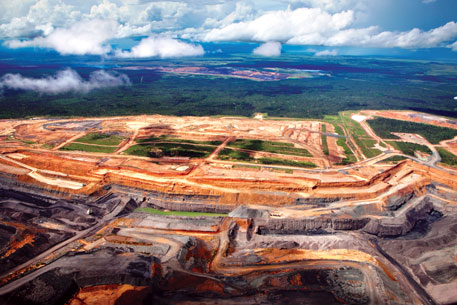 Deutsche Bank has refused to fund the expansion of a coal port near the Great Barrier Reef in Australia. The port facilities at Abbot Point in North Australia's Queensland province were approved by the Australian government last year subject to strict environmental regulations. If the project comes through, Abbott Point, owned by Adani Group of India, will be the world's largest port for shipping coal. But the German bank has refused to fund the project following pressure from green activists and conservation bodies, including UNESCO. Activists have said the expansion of the port poses environmental threat to the Great Barrier Reef, a fragile ecosystem comprising coral reefs and endangered marine species. During expansion, an estimated three million cubic metres of dredged sand would be deposited close to the world heritage site, which will threaten dugongs, turtles and corals. Following Deutsche Bank's decision, even HSBC, billed as Europe's largest bank, has decided not to fund the project. 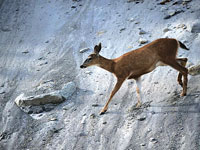 Procurement of kasturi (musk) for rituals during the annual Rath Yatra at the Jagannath temple in Puri, Odisha, has sparked a controversy. Musk, which is applied on the idols of Lord Jagannath, Balabhadra and Subhadra, is obtained by killing musk deer, an endangered species protected by the global CITES pact since 1979 and under the Wildlife (Protection) Act. The king of Nepal always provided musk freely. But after the end of monarchy, the government has been reluctant. Now that the temple is facing a shortage, the Odisha government has written to the Centre, requesting it to obtain musk from Nepal. Wildlife activists have protested, citing violation of wildlife laws. n

Green tax for vehicles in UP

The Uttar Pradesh government recently made green tax mandatory for all motor vehicles in the state which are over 15 years old. Private vehicles are likely to remain unaffected as very few outlive 15 years. It is the public vehicles which will bear the brunt. Under the new tax structure, any vehicle which has completed 15 years from the date of manufacture will have to be registered again. Non-transport or private vehicles will have to pay 10 per cent of the vehicle cost as green tax at the time of registration.

Environment ministry gets a makeover

The newly elected BJP government has renamed the environment ministry as the Union Ministry of Environment, Forests and Climate Change. Environment minister Prakash Javadekar has said the words climate change are significant as India will henceforth be firm in presenting its case on climate change in international forums. Further, in a bid to make the clearance process for development projects faster and transparent, the ministry will accept online applications from developers. The applicant will be provided with a username and password to keep track of his/her application. This will ensure transparency between the ministry and the applicant. A similar system is likely to be put in place for forest clearances from next month. 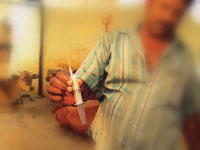 The bihar State Health Society (BSHS) has imposed an immediate ban on over-the-counter sale of oxytocin injections which are illegally manufactured in some parts of the state. Dairy farmers use oxytocin to increase milk in pregnant cows and farmers use it to ripen fruits and vegetables. But food laced with oxytocin can have adverse health effects in humans-it can reduce heart rate, cause low blood pressure, damage the brain, cause seizures in foetuses and lead to uterine rupture. Drug inspectors in the state have been instructed to raid manufacturers as well as dairy farmers and vegetable sellers who use oxytocin.

Is Marathwada the new Vidarbha? 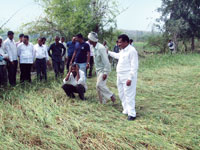 As many as 101 farmers committed suicide in the Marathwada region of Maharashtra in March and April when hailstorms devastated crops. The sudden spurt in suicides has raised concerns-is this arid region heading for an agrarian crisis similar to that of Vidarbha? A whopping 71 suicides were reported in March. April saw 30 more. Most suicides were among orchard farmers growing banana and papaya which are vulnerable. In January and February this year, 15 and 18 suicides respectively were reported in the region, taking the toll since the beginning of the year to 134. This should serve as a warning to the government of a colossal crisis building up.