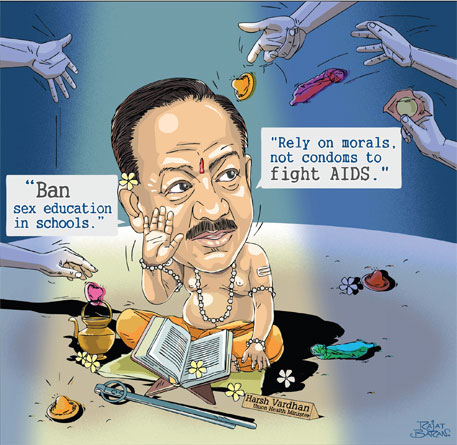 Most WIDELY used pesticides, neonicotinoids (neonics) and fipronil, are causing significant damage to bees, crucial crop pollinators, and other beneficial invertebrates, thus, affecting global food systems, confirms a study. A team put together by the International Union for Conservation of Nature went through over 800 papers covering the effects of the pesticides, which are nerve poisons. One of the scientists said these pesticides are 5,000 to 10,000 times more toxic than DDT and wipe out the bottom of the food chain.

"Far from protecting food production, the use of neonics is threatening the very infrastructure which enables it," said Jean-Marc Bonmatin, one of the lead authors of the study. 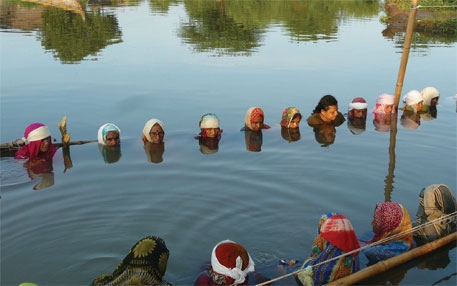 Court HAS slammed the Narmada Valley Development Authority for shoddy construction of irrigation canals connected to the Omkareshwar and Indira Sagar dams on the Narmada. The Madhya Pradesh High Court has asked the authority to compensate farmers who lost crops because of the delay in completion of canals in Khandwa and Khargone districts of Madhya Pradesh. Poor construction work has affected about 146,000 hectares (ha) of the Omkareshwar dam command area and 130,000 ha of the Indira Sagar dam command area.

The directive is also applicable to those farmers whose land has not yet been acquired but were losing crop due to submergence. Social activist MedhaPatkar has told the court that farmers have been facing losses for the past few years because of water logging and dumping of the muck from digging of canals in their fields. Her report also highlights that none of the projects under the Narmada development schemeÐthe largest in India which is likely to displace 1.5 million peopleÐhas disaster management plans.

Tiger reserve gets back its buffer

TadobaANDHARI Tiger Reserve in Maharashtra has got back 125.51 sq km of thickly forested patch, part of its buffer zone. The patch was leased to the Forest Development Corporation of Maharashtra for timber extraction before the 1,103.34 sq km buffer zone was notified in 2010. All of it except the leased part was handed over to the field director of the reserve in 2012.

Conservationists say the patch is a good tiger habitat crucial for the security of the endangered animal. But because of two parallel autho- rities, neither the reserve nor the corporation was willing to handle cases of forest crime.

World's biggest car maker Toyota has unveiled its first mass-market fuel-cell car, which is likely to hit the Japanese market by March next year. Fuel-cell systems generate electricity by combining hydrogen and oxygen, and emit water vapour, so they are claimed to be nearly pollution-free. But how clean they really are depends on how hydrogen is producedÐusing renewable energy or through an energy-intensive process. They cost a bomb and very few hydrogen fuel stations exist. Toyota's car will be priced close to 7 million yen ($69,000).

India beats all in export of buffalo meat

India HASbecome the largest exporter of buffalo meat, overtaking Brazil and Australia. It exported 1.56 million tonnes of buffalo meat in 2013, according to the Meat and Livestock report of the Australian Bureau of Agricultural and Resource Economics and Sciences.

Buffalo meat is an inexpensive form of protein for several South-East Asian countries. Vietnam, Thailand, Malaysia, Saudi Arabia and the Philippines were the main markets for India. The report attributes India's performance to its low cost, increasing investments in the buffalo meat processing industry and a government schemeÐSalvaging and Rearing of Male Buffalo CalvesÐthat allows the use of unwanted male buffalo for meat. 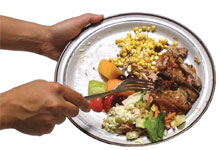 A third of food goes waste

The WORLD loses or wastes 25-33 per cent of the food it produces, says a World Bank report. In regions where undernourishment is common, such as Africa and South Asia, the losses translate to 400-500 calories per person, per day. In the developed world, the losses are higher. This when nearly 870 million people in the world, or one in eight, suffer from chronic undernourishment.

Cereals represent more than half of all food lost or wasted, 53 per cent by calorie content. By weight, fruits and vegetables represent the largest share of global food loss and waste, the bank says.

Most losses take place at the consumption, production, handling and storage stages. In the US an average family of four wastes food worth $1,600 in a year at the consumption stage. It is a colossal loss, given that modern agriculture uses a lot of energy and resources to produce food.

Indonesia HAS surpassed Brazil in clearing tropical forests, which are home to 70 per cent of the world's biodiversity. The losses are rising despite a moratorium on forest clearance in the country to save the habitats of orangutans, Sumatran tigers and other wildlife, and to combat climate change.

Indonesia's losses of virgin forests totalled 60,000 sqkmÐ an area as big as IrelandÐfrom 2000 to 2012, partly to make way for palm oil plantations and other farms, scientists wrote in journal Nature Climate Change.

The UN estimates deforestation accounts for 17 per cent of all man-made greenhouse gases.