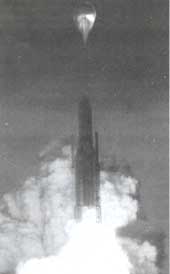 THEORIES of gravity are coming under scrutiny because of the bizarre behaviour of some spacecraft. "We have been working on this problem for several years, and we accounted for everything we could think of," says John Anderson, planetary scientist at the Jet Propulsion Laboratory, National Aeronautics and Space Administration (NASA), USA.

Signals bouncing back from spacecraft Pioneer 10, launched by NASA in 1972, are far from clear and it seems to be slowing down much faster than it should. Scientists thought that Pioneer 10 was doing a perfect job until Anderson's team started analysing the data collected from it since 1987 and discovered that there was a regular discrepancy. The analysis showed that the spacecraft was receiving a pull from Sun's gravity. Even though the variation was 80 billionth of a cm/sec sq, scientist say it is a significant discrepancy.

Various reasons were discussed that could have led to this. A fuel leak was immediately ruled out as Pioneer 10 gauges show no unexpected loss of fuel. Thermal radiation from spacecraft's batteries would also be too weak to push the spacecraft towards the Sun. And an unknown asteroid could also not have been responsible.

If only one spacecraft was being affected, it would not have been enough to start questioning the theories of gravity. But Pioneer 11, launched in 1973 towards the other end of the solar system, is also slowing down at about the same rate. The Ulysses, which was launched in 1990 towards Jupiter, had an even greater pull towards the Sun. And data from another spacecraft, Galileo, which is orbiting among Jupiter's moons, appears to show the same effects.

On the other hand, while respecting Anderson's methodology of research, Clifford Will, physicist at Washington University, USA, believes there is some kind of a systematic effect that has corrupted the data. John Ries, a planetary scientist at the University of Texas, USA, says a new gravitational force cannot be at work, because it should have affected the motions of the Earth.

Until the mystery shrouding the data is solved, the possibility that Anderson and his team have come up with something new in physics remains.