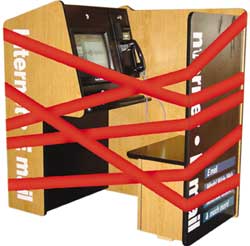 ngos working to promote the Internet as a tool of democratisation in Eurasia and Eastern Europe face a number of obstacles, according to a Radio Free Europe study. In some countries, officials monitor service providers. In others, lack of telephony hobbles the spread of the Net.

Uzbekistan has good law on freedom of information. But this remains on paper, says Shaukat Valitov, the former Uzbekistan coordinator of Global Internet Policy Initiative, an international ngo that promotes open, user-controlled Internet in developing countries. He says that local Internet service providers cooperate in filtering content to protect their licences. In Belarus, websites of opposition presidential candidates were targeted this year during the run-up to elections, according to Mikhail Doroshevich, the founder of e-belarus.org, a Minsk-based news site.