Loopholes in the bill prevent it from being a strong mechanism, say environmentalists and political leaders 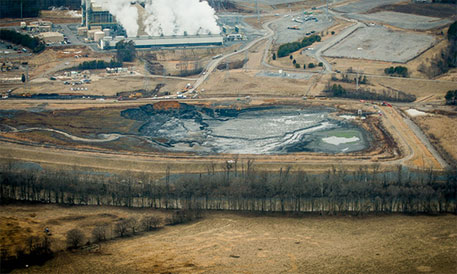 The North Carolina Senate in United States has unanimously passed a bill that seeks to effectively curb harmful coal ash disposal following a massive coal ash spill in the state’s Dan river in February this year.

The bill, passed on June 30, will force closure of all unlined coal ash ponds over the next 15 years. Four coal ash ponds are singled out in the bill, namely the ones in Dan River, Asheville, Sutton, and Riverbend, which are directed to be shut down by 2019. The Bill has to be passed by the house environment committee, says media reports.

The bill states that ash ponds apart from four mentioned above and the unlined ones will be classified into high, intermediate, and low-risk ones. Companies will be given a deadline of five  years to shut down high risk ponds, 10 years for intermediate risk ponds and 15 years for ponds labelled low risk.

Additionally, the bill mandates that coal ash be put to a beneficial use such as concrete or lined landfill. This prevents the substance from being stored in unlined ponds in the future and stop leakages and spills.

Around 140 million tonnes of coal ash is generated annually by electric power plants and the primary modes of disposal are either in ponds (natural or man-made depressions) or in landfills. Coal ash contains arsenic, lead, mercury, and other toxic materials that can cause a host of health hazards. As of now, there is no federally enforceable safeguard in the United States to protect public health and environment from harmful disposal.

Some political leaders, however, believe that the coal ash bill has some gaping loopholes that may render it a weak legislative tool. For example, there is not enough guidance about what constitutes a high, intermediate, or low risk pond. Secondly, covering up of coal ash pits, also mandated in the bill, doesn’t effectively prevent groundwater pollution  happening around most coal ash pond sites. Thirdly, the bill mandates that Duke Energy (which owns 14 ash pond sites in North Carolina) and DENR simply cover up the unlined ash pits that are polluting water near communities and residences. By not necessitating that the ash sites be cleaned up, the Senate is endangering the lives of those who depend on drinking water intakes downstream of the river, says the South Environmental Law Centre

The bill is seen as a legislative response to the incident in February when there was a massive leak of coal ash from a lagoon at Duke Energy power plant due to a broken storm water pipe beneath the pond. Around 39,000 tonnes of coal ash spilled into the river followed by the bursting of a second storm water pipe which released elevated levels of arsenic into the river.