Not easy at all 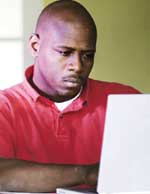 East African Submarine Cable System (eassy), a new fibre optic cable system touted to speed up desperately slow Internet speeds in East African countries, has earned the ire of communication rights campaigners. The uk-based Association for Progressive Communications (apc) says a similar cable linking western and southern Africa has not provided cheaper and faster Internet access because it was first controlled by state-run monopolies and then by private firms, who also enjoy near monopoly. apc fears a similar lack of competition in East Africa, meaning prices will remain high and high-speed access like broadband will still be beyond the reach of most people.

eassy's supporters have dismissed the criticism. Says Russell Southwood, a uk- based Internet analyst, "The criticisms show a naivete about how business works." But apc's executive director Anriette Esterhuysen says, "There are two problems with systems like eassy. One, countries without a direct connection to the cable system are reliant on a single foreign company, which can charge exorbitantly. Two, companies which dominate their domestic markets are under little pressure to provide a fast and cheap service to their consumers.