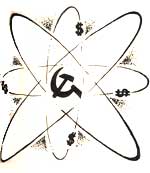 NUCLEAR energy can be good business. And for the ailing West European nuclear industry, the unsafe nuclear reactors of its eastern neighbours has come as a boon. Siemens AG of Germany has announced that its power-plant division would form a consortium that will undertake rehabilitation of nuclear reactors in Ukraine, Bulgaria, Czechoslovakia and Lithuania. The programme will not, however, deal with the Chernobyl-style reactors. Germany and other European countries have recommended the Chernobyl-type reactors be shut down. The consortium programme is partly a result of the Group of Seven (G-7) meet at Munich in early July (Down To Earth) at which the G-7 members tentatively promised US$ 555 million for the rehabilitation of Soviet-designed nuclear power plants.