Of canals and intelligent creatures 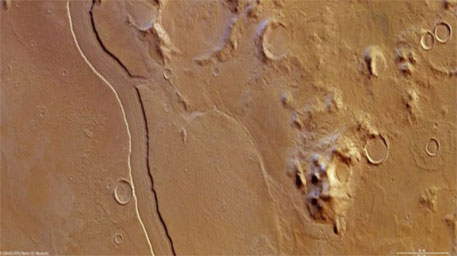 Mars has been observed by many ancient cultures. The scientific study of Mars began in 1609 when Galileo Galilei made the first telescopic observation of the Mars. Galileo described it as not perfectly round, though his telescope could not detect any surface details.

In 1659, the Dutch mathematician, Christiaan Huygens made the first useful sketch of Martian surface features.  With his crude telescope, Huygens also saw one of Mars’ dark regions, now called Syrtis Major.  He concluded that one rotation of Mars on its axis lasted 24 hours.  Huygens believed that Mars might be inhabited, perhaps even by intelligent creatures.  He shared that belief with many other scientists who would observe Mars over the years to come.

Seven years later, the Italian astronomer, Giovanni Cassini, conducted more careful observation and concluded that the rotation rate is 24 hours and 40 minutes.  Cassini is believed to be the first to notice that Mars has white spots located near the poles.  For the next 300 years people assumed these spots are made up of snow, ice or both—these spots are called polar caps now. Cassini also talked about seasons in Mars. This is confirmed a little more than a century later by the German-British astronomer William Herschel.

In 1877, the American astronomer Asaph Hall is the first to notice that Mars has moons, confirming the earlier belief that like Earth, Jupiter and Saturn, Mars has satellites as well. Hall named the moons: Deimos and Phobos.

Theory about life on Mars

In 1888, the Italian astronomer, Giovanni Schiaparelli, drew a map of Mars that showed its dark areas connected by thin lines.  Schiaparelli assumed that these lines were natural landscape features.  He gave them the name “canali”, the Italian word for groove.  However, when this word was translated into English, “canali” became canal. This simple mistake led many people to speculate about intelligent beings who built canals—much to the consternation of Schiaparell who had no such beliefs. 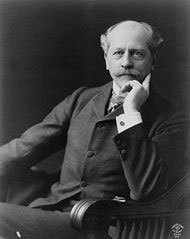 The idea of Martian canals however remained in public attention thanks to the amateur astronomer and writer, Percival Lowell. Born in a wealthy American family, Lowell commissioned renowned astronomers who would accompany him to various parts of the US, from where they would attempt to observe the Mars. In 1902 Lowell was appointed to the Massachusetts Institute of Technology as a non-resident astronomer and in 1906 published a book, Mars and its Canals.  This book, where Lowell claimed that the canals were built by Martians for transporting water from the poles to the dry Martian plains, became a best seller.

The popularity of Mars and its Canals prompted well-known biologist, Alfred Russel Wallace, to retort that Mars is completely uninhabitable. He demolished Lowell’s claim that there was liquid water on Mars.  He also concluded that the polar caps consisted of frozen carbon dioxide not water ice as Lowell had assumed.

Russel and some other scientists were responsible for discrediting Lowell’s theory of life on Mars. For a while, it seemed that glamour had gone out of research on Mars. But Lowell has other achievements, which are coming to light now. He originated the notion that the Martian climate has changed over time, a notion we now believe to be correct.  He was also the first to suggest that Mars is the best location to test theories of climate change.  This might help scientists studying changing in the Earth’s climate.

In 1964, U S spacecraft, Mariner 4, was the first to fly by Mars.  After a few failed attempts in the 1960s, the Soviet Spacecraft reached Mars in 1973. We now have a very different picture of Mars.  Some parts of Mars have numerous craters, suggestive of Mercury and the Moon, but other parts of Mars have plains, volcanoes, canyons and river channels. The volcanoes and canyons are bigger than any other known examples, however, there is a vague similarity between some of these features and similar features on the Earth.  There was no evidence of canals or liquid water.  However, data prove Mars was warmer and had abundant liquid water in its early history.