Our ocean if we want it 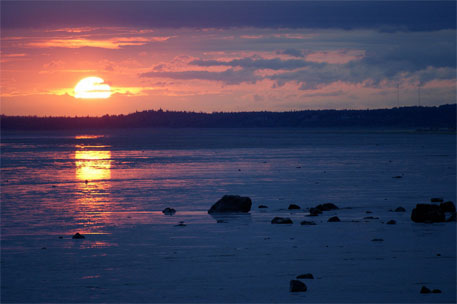 The following is an essay adapted from Saved by the Sea: Hope, Heartbreak, and Wonder in the Blue World, published by New World Library earlier this week.

A recent report in the journal Science found that human activities are threatening the ocean with mass extinction. It’s hard to believe that in the blink of an eye in which I’ve led my life almost half the world’s tropical coral reefs have died, along with 90 percent of the largest open ocean fish (according to the best available data). Humans have spent the last 63 years taking billions of tons of living biomass from the ocean while giving back oil, plastic, chemical, carbon, and nutrient waste that has created more than 400 massive dead zones in our coastal seas.

We’re not going to “kill” the ocean, of course. The ocean has endured for billions of years, mostly without us. But if we don’t turn the tide on our behaviors—overfishing, dumping, and burning fossil fuels—we’ll turn the ocean into a habitat more supportive of jellyfish and microbial mats than of shellfish, fin fish, and marine mammals, such as the great whales. In doing so we’ll also impoverish our lives and the lives of all those who follow, a tragedy likely to last beyond the scope of human history.

A few billion years ago, when the moon was closer to earth, its tides ripped minerals from the land, turning the primordial seas into a chemical cooking pot that led to the emergence of life on earth. When the tides and continents met the friction they created slowed the spin of the planet and lengthened the duration of a day on earth. Now that the moon has retreated and the waters have slowed, it’s hard to imagine what those early seas must have been like except in a few special places, such as the Bay of Fundy.

One night a group of us landed at the dock in St. Andrews, Canada, at 10 p.m., having sailed across the bay from Maine. The next morning at 8 a.m. we had to climb 20 feet down the now steeply angled dock ladder because the tide had dropped out from under our small ferryboat. Sailing back to Maine, we saw harbor porpoises feeding near big whirlpools in the bay’s tidal bore, where billions of tons of water rush in and out every 24 hours. Talk about sea power (and potential clean energy)!

At sea in the Southern Ocean, below the Roaring Forties and Furious Fifties but north of the Antarctic convergence, I spent several days with a pallor the same gray-green color as the 30-foot seas that broke over the bow and rolled across the deck of our research vessel. Like Neptune’s angry fists, 40 to 50-foot seas, with the occasional 70-foot rogue wave, are not unusual at the bottom of the world ocean.

I remember flying from California to Washington in order to catch a ride to the Arctic on one of the Coast Guard’s big icebreakers. Gazing down at the snow-capped mountain ranges of northern California, I was reminded of great white-capped ocean waves. Actually, mountains are not unlike waves in geological terms, bridging up across the landscape, surfing the magma where the Pacific and North American tectonic plates collide and subside beneath them. Mountains are the rippling breakers of the planet, functioning in a time frame that makes our species seem as transitory as mayflies and molecules. Only those hardened by hundreds of millions of years of evolution, marine species such as horseshoe crabs and nautiluses, have been around long enough to see mountain ranges rise up and erode away again.

Still, there’s a sense of solidity in the mountains, while the oceans are in constant flux from winds, tides, and currents, upwelling zones, and mixings both chemical and biological, both sensuous and predatory. The sea is the oxygen pump that never quits and the maker of atmosphere, rain, and fog. It is the buffer of chemical balances and the paddle wheel of circulating vapors that are the bouillabaisse and the crucible of life, both the soup and the pot it comes in.

Those domesticated animal species (except for the cats that chose us) will likely survive this nanosecond of planetary evolution we’ve created, along with our meat animals and camp followers (roaches, rats, and raccoons). But can the world’s last remaining wild creatures and places—the coral reefs, sea dragons, ringed seals, polar bears and mangrove forests—also survive us?

I was not born for peaceful times or calm waters, nor have I seen many. We’re living in the age of global markets and mass extinctions; the birth of celebrity websites, YouTube, Twitter, and Vine; and the death of sharks, sea turtles, and other species who were already ancient when the first small mammals left their dirt-filled burrows.

While I’ve transitioned from radical activist to war reporter to private investigator to TV producer to author, and to activist again, I do so with a more sober assessment than when I was young, running wild in the streets chanting “Power to the People!”—a slogan later appropriated for a battery-powered toothbrush ad.

Today I don’t really expect a revolution in either politics or consciousness to radically alter the fate facing the ocean. If it could be graphed, however, I would note a rising line of ecological mindfulness approaching the declining plane of marine diversity. Where that X crosses will tell us how much is left to save and how much is gone forever.

I’m not sure how much of the tide of ecological collapse we can still turn, but I do know that if we don’t try, we’ll definitely lose. This salty, liquid world of ours is too heart-achingly beautiful, scary, thrilling, and sacred to squander. If you don’t believe me, join the space program, travel out into the cosmos, and look back from the heavens. It’s not God’s green earth—it’s God’s blue marble.

The article was originally published by onEarth

How oceans and seas-related measures contribute to the economic, social and environmental dimensions of sustainable development: local and regional experiences