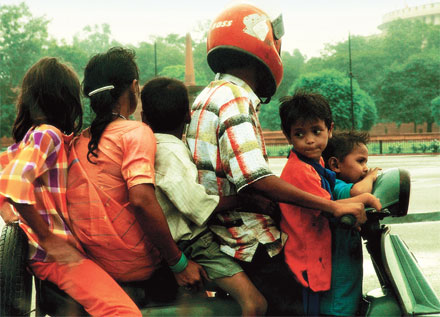 ON OCTOBER 31 when Nargis, a newborn in Uttar Pradesh, was declared the world’s seven billionth person, the event made the global population look as if it is rising as fast as ever. Rather, the event came as the world undergoes a demographic shift: population is stabilising in countries that are home to almost half of the humanity.

According to the latest report of the UN Population Fund, fertility in these countries is 2.1 children per woman or less. This magic number is considered the level at which the population stops growing. The list of countries, undergoing this demographic shift, reveals that fertility has declined in some surprising places. Bangladesh’s rate is 2.16, having halved in 20 years. Iran’s fertility is 1.9, from seven in 1984. Ironically, the list does not include India—the first to establish a pogramme for family planning in 1952.

The government has repeatedly set ambitious goals and repeatedly missed them by a mile. A national population policy adopted in 2000 called for the country to reach the fertility of 2.1 by 2010. But that would not happen for at least another five decades. As per the UN report, India’s population will rise to 1.46 billion by 2025, when it will surpass China as the most populous country, before stabilising in 2060.

The situation is, however, not as grim as it seems. The country’s population growth was the slowest in the past decade. Fertility has declined from four children per woman in the 1990s to 2.5. Nine states, including the southern half of the country, have already achieved the fertility of 2.1 or less.

The country falters mainly because of eight states: Rajasthan, Bihar, Madhya Pradesh, Uttar Pradesh, Uttarakhand, Jharkhand, Chhattisgarh and Odisha. They contribute maximum to the country’s population, with fertility between three and four children a woman. Demographers blame this on poor governance, lack of effective public health services and low female literacy there.

Though the national population policy recommends three years of spacing between two children and permanent sterilisation of the couple within a year of the second childbirth, these are just guidelines. Unlike countries like China which adopted coercive methods to bring down their population, India does not enforce the guidelines.

Maybe these states can learn from the states which created a conducive atmosphere for low fertility.

In Kerala and Tamil Nadu, for example, investments in health and education helped fertility fall to 1.7. “The southern states first focused on improving the primary healthcare delivery system and emergency care. This had a significant impact on their human development indices, which led to population stabilisation,” says K Chandramouli, former secretary, Union Ministry of Health and Family Welfare.

Shailaja Chandra, former executive director of the National Population Stabilisation Fund, agrees. In communities where public health care system is poor parents feel their children will not survive. If they are ensured that their children will survive, they will opt for fewer children, she says.

Another key, demographers say, is the female literacy rate. At around 92 per cent, female literacy in Kerala is the highest. Tamil Nadu follows with 73.86 per cent. “When women are literate, they negotiate. This empowers them,” says Poonam Muttreja , executive director of non-profit Population Foundation of India. Himachal Pradesh is another such state. It strictly prohibited early marriage of girls. “Girls who do not get married early, continue with their education. This empowers them,” says Chandra. Preventing early marriage of girls benefits eventually. As per WHO, women who marry after 18 and have first child after they turn 20, have a much higher chance of survival. Coupled with efficient public health care system, this helps reduce maternal (MMR) and infant mortality rates (IMR). Kerala’s MMR in 2009 was 81 and IMR was 12. The rates were 97 and 28 in Tamil Nadu. For that year Bihar and Uttar Pradesh had MMR at 261 and 359, and IMR at 52 and 63. High maternal and infant mortality leads to wanted pregnancies and eventually high fertility.

In most rural areas, though people want to have less children, they do not have access to contraceptive measures. Such unmet need for birth control measures is responsible for 20 per cent of population growth in the country, Muttreja says.

However, no matter what all measures are taken, these states will not be able to stabilise population before a few decades. Muttreja explains, “In previous decades people had more children. So we have a large number of young people in the reproductive age, driving the population growth at 70 per cent.
News News News Zambia Uttar Pradesh UN Fund For … Tamil Nadu South Korea Population Trends Population Kerala Iran India Health Policy Health Care Health France Family Planning Education Contraception China Bihar Bangladesh
SUPPORT US