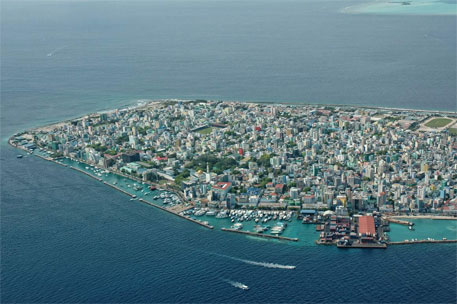 Oceans are rising four times faster around islands than the global average and many of them in the Pacific could disappear because of sea level rising by one to six metres.

It was in this context that the third international conference on small island developing states was held from September 1-4, 2014 at Apia, Samoa. The conference brought together heads of states, policymakers, business leaders and representatives from civil society from 115 countries.

The conference with its tagline, “Island Voices Global Choices”, reaffirmed the need for the international community to consider the special circumstances faced by SIDS owing to their geographical location and demographic realities. It discussed ways to strengthen resilience and disaster preparedness of SIDS and forge effective partnerships in this regard. “The sustainable development of small island developing states through genuine and durable partnerships", being the central theme of the event, it wasn’t then a surprise that close to 300 such partnerships were formalized during the summit.  The partnerships address a wide range of issues, such as climate change, disaster risk reduction, environmental protection and access to energy and social development.  The total value of these are said to be over US $1.9 billion.

“Without a doubt, these partnerships leave a legacy with impact,” said the secretary-general of the conference, Wu Hongbo. “Many of the initiatives announced here are looking at the unique position of small island developing states as an opportunity to accelerate advancements on renewable energy, disaster preparedness and sustainable food systems, to name just a few key areas.”

Key outcomes from SIDS 2014
The 297 partnerships signed at the conference included 166 states and governments, 85 United Nations entities/inter-governmental organizations, and nearly 1,200 major groups and other stakeholders.  A UN press release at the close of the conference said that new initiatives agreed at the conference had the potential to mobilize some US $625 million, while existing partnerships made commitments amounting to about US $1.28 billion.

Some of the significant partnerships included a US $500 million commitment to assist small islands increase their share of renewable energy.  This is of particular significance to SIDS as currently their economies are primarily fossil fuel driven and fossil fuels in these states can cost three times more than in mainland markets.

Other initiatives include the commitments towards technology transfer in areas of global health and agriculture, etc.  A full listing can be found at the SIDS 2014 partnership platform.

The SAMOA Pathway
UN member states formally adopted the outcome document of the conference, the Small Island Developing States Accelerated Modalities of Action – or SAMOA Pathway – in which countries recognize the need to support and invest in these nations so they can achieve sustainable development.

The Samoa Pathway also recognizes that financing is critical for the sustainable development of small island developing states. In the document, member states reaffirmed their commitment to help these countries strengthen their domestic policies and help them gain access to financing for development.

Legal instruments to deal with disaster response
In an event convened by the International Federation of Red Cross and Red Crescent (IFRC), high level speakers from the Pacific and Caribbean encouraged governments to strengthen legal frameworks to respond to disasters.  The IFRC developed guidelines for the domestic facilitation and regulation of international disaster relief and initial recovery assistance (IDRL Guidelines) to help states address common regulatory barriers to international assistance.

Studies focused on SIDS vulnerabilities
Timed to coincide with the event as well as 2014 being the International Year of Small Island Development States were various studies targeted as inputs to the conference as well to highlight the specific plight of the SIDS due to their social, economic and geographical characteristics.

What next in global climate negotiations?
“Today marks a beginning, not an end,” said Samoan Prime Minister Tuilaepa Lupesoliai Sailele Malielegaoi, in his closing statement. “Samoa is by no means the final destination for responses to small island developing states’ development challenges. But it is an important launch point to key future stops on our journey to sustainably employ the few resources available to small island developing states to improve and raise the standard of living for our communities.”

In less than three weeks, world leaders will come together for the UN secretary general’s Climate Summit in New York.  This would be the first gathering of world leaders on climate change in nearly five years, and much is expected with just about a year left before the a new climate treaty is signed in Paris in 2015.  In this regard, SIDS reiterated that as in the 1992 UNFCCC document, the new legal framework to replace the existing protocol must also be based on equity and Common but Differentiated Responsibilities and Respective Capabilities (CBDRRC). They also urged the developed nations to address the issues of technology transfer and finance. In the words of UN Secretary General, Ban Ki-moon, “Samoa must start the drumroll for New York”.