No vision, no planning, no adequate allocation and utilisation of funds, says Cabinet panel report still under wraps 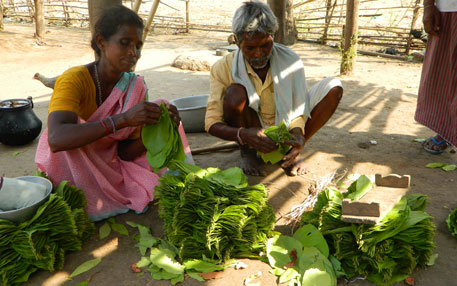 A confidential report submitted by the Cabinet sub committee, appointed by the Andhra Pradesh government to evaluate the implementation of the Scheduled Castes (SC) and Scheduled Tribes (ST) Sub Plans, has revealed serious lapses in implementing the plans and allocating and utilising plan funds. The committee has noted “there is no evidence of systematic planning process happening in any of the government departments in the state regarding SC/ST Sub Plans (SCSP).” The report underlines the fact that the SC/ST communities in the state do not have proper access to land, education, nutrition and healthcare.

The government appointed the sub committee in April this year following persistent representations from SC/ST organisations, civil society groups, political parties and people’s representatives, highlighting the poor implementation of SCSP and the Tribal Sub Plan (TSP). They had raised apprehensions about serious irregularities in utilisation of plan funds. The committee report, submitted to the chief minister in August but yet to be discussed by the Cabinet, has observed these allegations were not baseless.

The plans have been specifically envisaged by the country’s Planning Commission as a development strategy to channelise funds from the total plan outlays of the states proportional to the SC/ST population to accelerate the development of these two most socially-backward sections. Though the guidelines of the Planning Commission have been in existence since 1976, SC/ST communities continue to remain in abject poverty in Andhra Pradesh as well as in other states, the report observes. One of the main objectives of the SCSP and TSP is to bridge the gaps in the development indicators between SC/ST sections and the socially advanced sections. Andhra Pradesh has failed to achieve this objective, points out the report.

The percentage of SC and ST population in Andhra Pradesh is 16.2 and 6.6 respectively. There are 60 sub castes among the SCs and 35 among the STs. The poorest of poor among these communities often get excluded from the development process and remain without access to concessions, subsidies and incentives meant for them. As per the guidelines of Planning Commission, outlays for the sub plans should be proportional to their population, and in Andhra Pradesh it should have been 16.2 and 6.6 per cent respectively. But the SCSP fund allocation never went beyond 12 per cent in the past 10 years and there has been a shortage of Rs 4,097 crore in the fund allocations. As for the TSP, the shortage in allocation in the past five years amounts to Rs 568 crore. Further, the report observes that the actual allocation is less than the budget estimates, and further, actual spending is less than actual allocation.

The committee has commented on this in strong words: “…A deeper examination of the schemes and allocations would speak volumes of deceit and dishonesty associated with the SCSP/TSP policy. It does not require time consuming research or analysis to come to the conclusion that SCSP/TSP in Andhra Pradesh is a mere paper exercise to satisfy reporting requirement to Planning Commission.”

When it comes to the SC/ST sub plans, the state lacks a coherent vision and plan of action, observes the committee. Government departments have no clarity on the status of SCs/STs, and there is no effective mechanism for collecting comprehensive data for assessing the development of these communities. “There is no serious attempt to objectively identify the impediments to evolve strategies to overcome the impediments,” says the report. Even if adequate funds are made available, in the absence of proper vision, objectives cannot be achieved, reminds the report.

In sectors like health, nutrition, education, drinking water and sanitation, livelihoods, housing, access to credit, and access to dignified life, “the state needs to follow rights-based approach by clearly articulating and defining rights and entitlements to be given to SC/ST in each sector,” notes the report.

But, the state government has not issued clear guidelines or norms to be followed for implementing schemes under the sub plans. Consequently, schemes which are not relevant to the development of SC/ST get included in the sub plans. “The allocations under SCSP and TSP appear to be more an arithmetic allocation rather than a meaningful allocation that could foster growth and development of these communities,” notes the committee.

The committee underlines the urgent need for the Andhra Pradesh government to review its policies and programmes for SC/ST development. The committee also recommends a robust and effective institutional mechanism for implementing the plans and a comprehensive legislation for ensuring proper fund allocation and utilisation of funds as per national guidelines, and proper monitoring of the sub plan projects.