This campaign uses a financial weapon 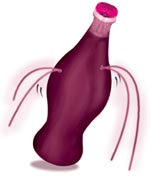 when you buy a bottle of Coke, the company's sales figures increase. The stock price goes up, encouraging, activists claim, it to support dubious labour practices in Latin America, deplete groundwater in Kerala, and sell drinks laced with pesticides all over India. And now Max Keiser, a former New York stockbroker-turned self-styled investment activist, has founded Karmabanque (kbq), to help "activists and anarchists" hit companies "where it hurts them the most -- their stock price".

To do this kbq is using a two pronged strategy of boycotts and stock market trading. Their "smart boycott campaign" tracks dozens of companies and calculates their Boycott Vulnerability Ratio (bvr) -- total company sales divided by its stock price. bvr indicates how much the stock price will be hurt by a boycott campaign. The oil company Exxon Mobil, for example, though a popular boycott target, is actually a bad choice for boycott according to its bvr. Coke by comparison has triple Exxon-Mobil's bvr score; a boycott would have triple the effect on its share price. Its recent poor financial records also make it ripe for a boycott. "They are at the wrong place at the wrong time," says Keiser.

kbq has teamed up with Zac Goldsmith, The Ecologist's editor, to start the world's first "activist" hedge fund. Unlike a traditional investment fund which makes money when stocks go up, hedge funds use a market technique called 'short selling' to profit when stock prices fall: this involves, for example, selling Coke stock borrowed from a stock broker, then returning the broker the stock in the future. If the stock price falls, then you have sold the stock at a higher price than what you bought it for, thus profiting. kbq is attempting to drive down the stock price of Coke to us $22, half its current value, by rallying boycotters to concentrate their efforts on the soft drinks giant, and then earn a hefty profit by short selling stock.

Keiser started the fund with almost us $100,000 of his own money, and investors are contributing us $9,000 for every 1,000 boycotters who register on kbq 's website. The investors have a finanical incentive to attract boycotters. The less people drink Coke, the more likely the stock price will drop and the more money they will make. Keiser told Down To Earth that he wanted to collect us $100 million by March 2005. If k b q bets us $500,000 against Coke, and the price does drop, every 10 per cent drop will bring the fund us $49,000 in profit. Keiser says fund earnings are to be distributed to "victims of Coca Cola".

Using investment vehicles to further social causes is not new, but using a hedge fund is novel. Indeed, a hedge fund is appropriate for activists: you profit from the financial misfortunes of corporations. The only catch: you are putting your own money at risk in the process.