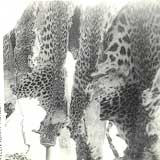 A report on the illegal wildlife trade in the country by a special committee formed by the MEF has galvanised the ministry into considering several new options to control poaching. The high-powered committee, chaired by S Subramanian, founder of the National Security Guards, submitted its report to the MEF in early August.

The report states that tiger poaching continues unabated despite all the stringent measures by the government, which is galling, particularly since tiger populations have declined sharply in other parts of the world. Last year, an undercover investigator was offered 1,000 kg of tiger bones; enforcement authorities seized 400 kg of tiger bones in just 2 days, along with 250 skins of tigers and other animals.

The MEF has summoned a meeting in New Delhi of the chief wildlife wardens of the states next month to discuss measures to check the wildlife trade. It is also considering the setting up of a specialised wildlife wing within the Indian Forest Service.