Poison on the plate 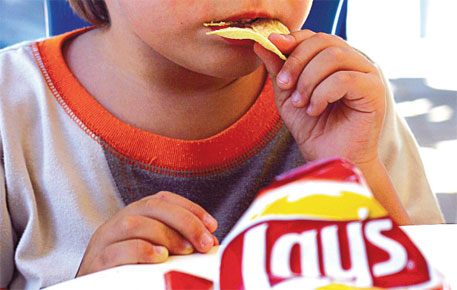 EVEN HEALTHY FOOD like fruits, vegetables, meat and fish might be putting children’s health at risk. These food items also contain toxins like mercury, pesticides and acrylamide that can, over a long time, make children vulnerable to cancer and affect their nervous and reproductive systems. This is the finding of a study on effects of 11 such food-borne toxins on people of different age groups in the US, carried out by researchers from University of California, Davis, and University of California, Los Angeles. Irva Hertz-Picciotto, professor and chief of the division of environmental and occupational health at University of California, Davis, says toxins in food affect children the most as their brains and other organs are still developing.

The study was done using consumption data of 44 key food products and the concentration of contaminants in them. The data showed that fruits and vegetables are the main sources of pesticides, animal meat and fats may contain high levels of persistent organic pollutants, fish contain mercury and chips and processed grains are high on acrylamide.

For the study, conducted on 207 preschool age and 157 school age children, 446 parents of young children and 149 other adults, intake of food-borne toxins was calculated using total diet studies and other public databases. It was found that intake of these toxins by children far exceeds the safe limits set by the US Environmental Protection Agency (see table).

Even these limits for toxin exposure are not safe enough, says Rainbow Vogt, lead author of the study published in Environmental Health on November 9. The study states these benchmarks are set for different toxins individually but people are exposed to multiple toxins simultaneously. “We focused on children in particular because early exposure can have long term effects on disease outcomes,” says Vogt.

Is the study significant for India? Mukul Das, chief scientist at the Indian Institute of Toxicology Research in Lucknow, says studies done on people of the western countries cannot hold good for Indians because of a huge difference in body weights and food habits. But Rajeev Betne, executive programme coordinator at Toxics Link, a Delhi non-profit, says, “If toxin exposures in the US, a better regulated country, exceed the safe levels, the conditions in India can be expected to be worse.”

There, however, is an ongoing debate on toxin exposure through food. Researchers at Harvard School of Public Health and University of Stanford in the US, reviewed studies linking burnt toast, tea and fizzy drinks to cancer. In their paper published in American Journal of Clinical Nutrition, they wrote that data from such studies might not be significant enough to support such claims.

Health; Health … Food Safety; Down to … Science & Technology
SUPPORT US