Rahul Gandhi to lay foundation stone. But what about people, including tribals, likely to be displaced and fudging of facts relating to the project? 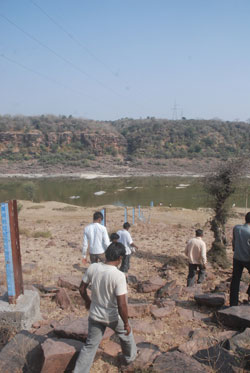 Rahul Gandhi, the Congress vice-president, will be laying the foundation stone for the Parwan river dam project in Kota in Rajasthan on Tuesday. The dam is to be built 120 km from Kota town in Akawad village of Jhalawar district. The high profile foundation-laying ceremony in the Congress-ruled state that goes to polls this November has once again brought into focus the controversies associated with the project. It is likely to displace around 100,000 people, including tribal people.

The dam is likely to submerge 10,000 hectares (ha), including more than 1,600 ha of forestland. The union Ministry of Environment and Forests (MoEF) granted environmental clearance to the project in November, 2011. The clearance letter states the dam will completely submerge 17 villages and partially inundate 30 villages, affecting over 3,000 families including 461 tribal families. But there is dispute over the number of people who will be displaced. While residents say close to 100,000 people will be affected, the clearance letter pegs this number at about 12,000-13,000.

The Rajasthan government's eagerness to get the project going before elections is easy to understand. It can promise drinking water, irrigation water and electricity to people. The dam reservoir’s capacity, projected at 490 million cubic metre (MCM), will provide drinking water to 862 villages (50 MCM). As much as 300 MCM will be reserved for irrigation and 100 MCM will be supplied to thermal power plants.

Sanctuary boundary shifts
But the government seems to be paying scant heed to the the problems the project will create. Displacement is not the only problem with the project. It requires 1,835 ha of forestland. The ministry's forest advisory committee (FAC) discussed the proposal in September, 2012 and decided to send a sub-committee to the project site, pointing out that it is only 150m from the Shergarh wildlife sanctuary. There is dispute over this as well.

The Parwan Doob Kshetra Hitkari Evam Jungle Bachao Samiti (PDKHJBS), a people’s organisation, claims that the project site falls within the sanctuary. The sub-committee visited the project site in March this year. The report of the sub-committee of the FAC concedes that the boundary of the Shergarh wildlife sanctuary is not physically demarcated on the ground. The report brings out the difference of opinion with respect to the sanctuary boundary, of the PDKHJBS and the state forest department. Lokendra Singh, head of PDKHJBS, says, “The project site is within the sanctuary. the footpath that meets the Parwan river on the south-eastern side of Akawad village is the sanctuary boundary.”

The FAC sub-committee report says the footpath is not the boundary. The fact that the proposal for laying a transmission line for the same project was considered by the FAC for clearance as having been outside the sanctuary makes it clear that the footpath is not the sanctuary boundary, the report says. “How does this fact imply that the footpath is not the boundary; this is not clear to us. No clearance should have been given without demarcating the sanctuary boundary first,” says Singh. The people's organisation has put in several requests with the state authorities for demarcating the boundary. In June last year, a joint survey was undertaken by the authorities and PDKHJBS but residents allege that this survey remained incomplete. But the sub-committee accepted the joint survey report that the project site is at a distance of 150m from the wildlife sanctuary. It is important to note that the environmental clearance states that the project site is at a distance of 5km (not 150 m) from the Shergarh wildlife sanctuary, which raises more doubts about the project.

The in-principle forest clearance was granted to the project in August this year. The project also received a final nod from the Central Water Commission (CWC) on Friday, informed the chief minister of Rajasthan in a public meeting. The National Board of Wildlife recommended a clearance for the project in April, 2011. 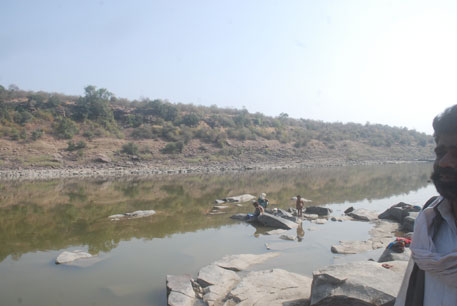 Should water go to thermal plants?
The FAC sub-committee report also pointed out to another important point that the EIA of the project does not mention. It pertains to water use for thermal power plants. The report states that in order to ensure that the project remains largely irrigation project, the forest clearance be granted based on a condition that no more water diversion for industrial projects be permitted in the future. This has been incorporated in the in-principle forest clearance granted and additionally the state government has been asked to a look for alternate source of water for the Kawai and Chhabra thermal power plants which are to get water from this project. If nothing feasible is available only then water from the project be diverted for these two power plants.

Besides submerging villages, the project will affect an important place of religious and heritage value – Kakoni, the eighth century temple in Baran, which was declared protected by the state archaeological department in 1970. It is on a hill but all the access routes to the temple will get submerged, inform the residents. The FAC sub-committee said in its report that one of the clearance condition should be that the project proponent provide an alternate route to the temple at their own cost. But this condition is not mentioned in the in-principle clearance letter. 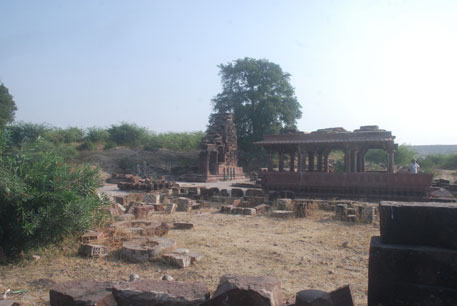 The question then that needs to be asked is this: Will the Gandhi scion, who has been so supportive towards the Dongria Kondh tribals threatened by mining in Niyamgiri hills in Odisha https://www.downtoearth.org.in/content/battle-niyamgiri, have the same empathy for the people who will lose land because of the Parwan dam project?