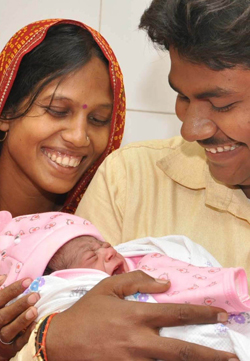 Population control measures are unlikely to solve environmental concerns in the near future. According to a study published in the Proceedings of the National Academy of Sciences, even if one-child policy is adopted across the globe, world population would remain at the current levels in 2100.

“Even one-child policies imposed worldwide and catastrophic mortality events would still likely result in 5–10 billion people by 2100. Because of this demographic momentum, there are no easy ways to change the broad trends of human population size this century,” says the study published online on October 27.

Estimates say there is an 80 per cent probability that world population, which is now 7.2 billion, will be between 9.6 billion and 12.3 billion in 2100.

“Humanity’s large demographic momentum means that there are no easy policy levers to change the size of the human population substantially over coming decades, short of extreme and rapid reductions in female fertility; it will take centuries, and the long-term target remains unclear,” says the study.

The study says that even a catastrophic mass mortality event of two billion deaths in the middle of the 21st century would result in a population of around 8.5 billion by 2100. However, “policies and technologies that reverse rising consumption of natural resources” could give immediate results.