POSCO project may kick off this year despite green tribunal order

India’s largest FDI might downsize initially, to get going 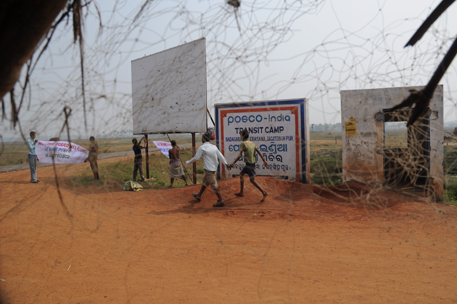 The National Green Tribunal may have ordered a “fresh review” of the proposed POSCO steel plant in Jagatsinghpur district of Odisha two months back, but the US $12 billion project might still be launched this year.  The project has been hanging in limbo for seven years amid environmental concerns and stiff protests by locals. The company reportedly declared its plans to kick off work by October 2012, albeit by downsizing its capacity from 12 million tonnes per annum (MTPA) to eight MPTA initially. Press Trust of India and newspapers reported this while quoting POSCO officials.

The company will reportedly take up the project only if the government transfers 1,093 hectares (ha) in the next few months. Initially, the total land required for the plant was pegged at 1,620 ha. Further, POSCO is planning a fresh agreement with the Odisha government as the earlier MoU expired in 2010.

In March 2012, the green tribunal had directed the Union Ministry of Environment and Forests for a fresh review of the project. It specifically suspended the final order or the conditional clearance to POSCO accorded in January 2011 , but did not cancel the original environmental clearance granted in 2007.

Notably, the rapid environmental impact assessment (EIA), based on which POSCO received the environmental clearance in 2007, is meant for a four million tonne plant, but its land, port and power requirements are commensurate to that of a 12 MPTA plant.

“POSCO is trying to confuse the public and wants the project to start somehow,” says Leo Saldanha of the Bengaluru-based non-profit, Environment Support Group, and co-author of a comprehensive report on the project—Tearing though the water landscape.

“There is no transparency on either downsizing or cancelling the captive port on part of POSCO as is being reported”, continues Saldanha. “These might be rumors to get the project started.”

“Further, the National Green Tribunal judgment treated the holistic concerns relating to the project in a marginal way. It only asked for a review of the conditional clearance and asked POSCO to cooperate in the review process,” he adds. According to the 2005 MoU signed between POSCO and the Odisha government, the project has five components: steel plant, captive port, captive power plant, captive mines and a township. After the Union environment ministry conditionally cleared the project in January last year, the Odisha government started the process of land acquisition amid protests by residents of Dhinkia and Gobindapur village.

“From June last year till date, the sit-in demonstration against land acquisition is on,” says Prashant Paikrey, spokesperson the resistance group, POSCO Pratirodh Sangram Samiti. “We will not allow the government to acquire the 283. 28 ha of forest land in Gobindapur village,” he adds.

He also adds that the 2007 environmental clearance for POSCO’s plant expired in May 2012 while the port clearance will expire next month, in July.