POSCO to get water from Mahanadi

People protest Odisha government's decision to allocate water from the Mahanadi and Hansua rivers, saying it will turn large tracts of farms barren in Jagatsinghpur and Cuttack districts 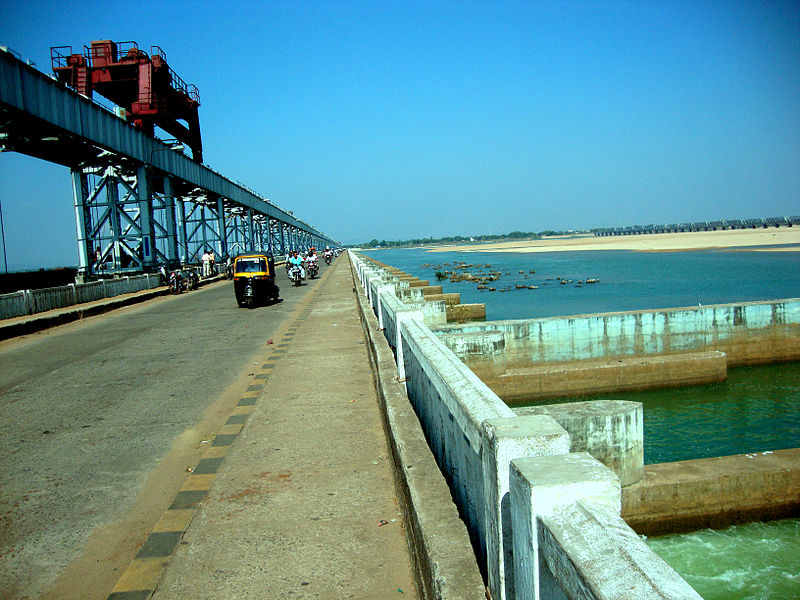 The controversial POSCO steel plant project in Odisha has been allocated water from the Mahanadi and Hansua rivers. The South Korean steel company proposes to construct the steel plant in the seaside gram panchayats of Dhinkia, Nuagaon and Gadakujang in Jagatsinghpur district, and the move to allocate water for the project has spurred protests among farmers and people campaigning against the project from the outset.

“The water resources department has informed POSCO that it can draw 138,000 cumecs (cubic metre per second) of water from the Mahanadi river at Jobra barrage for the project work,” informed S K Mallick, district collector of Jagatsinghpur, on Wednesday. During the first phase, POSCO will get 69,000 cumecs water from December 2018. From 2021, during the second phase, POSCO will get another 69,000 cumecs. POSCO will also receive 3,400 cumecs water from the river Hansua from June 16, 2016 till December 2018 for the construction work, said Mallick.

The company will build anicuts, check-dams, barrages, drainages, storage system and sluice gates to take water from both rivers as per the 35 conditions imposed by the state government, he added.

The proposed steel plant project, which made no headway for many years because of public protests, got a boost in June last year when the district administration completed the land acquisition work. The Union government has already revalidated environment clearance to POSCOto build a steel plant. The district administration will soon organise Rehabilitation Periphery Development Advisory Committee ( RPDC) meeting in Jagatsinghpur to sort out land acquisition, compensation, rehabilitation and other issues to pave the way for the project.

POSCO Pratirodha Sangram Samiti (PPSS), which has been spearheading the people's campaign against the project, has opposed state government's decision to provide water to the project from the Hansua and Mahanadi rivers.

Hansua serves as a drainage system for Jagatsinghpur and Cuttack districts and allocating water to POSCO through barrages, will create water logging, which will affect the agriculture in the nearby blocks, said Sishir Mohapatra the secretary of PPSS.

He also strongly opposed the decision of Naveen Patnaik government to supply the Mahanadi' s water from Jobra barrage.

He said the government has turned a blind eye to the people's demand for water, while it is aiding mega industries to guzzle more and more water and pollute the environment.

Hansua, the lifeline of farmers

Mohapatra has also stated that majority of farmers of Birdi, Raghunathpur, Jagatsinghpur, Tirtol, Erasama and Balikuda have been cultivating their vegetable crops, sunflower, groundnuts, mustard, paddy and other crops by availing water from different bases of the Hansua channel. Farmers also use the water from this channel for the transplantation of paddy crops during kharif season in the event of scanty rainfall and delay in supply of irrigated water through canal. The supply of water to POSCO through a barrage will result in water stagnation and will have serious consequences on livelihood patterns of people besides damaging the road communication infrastructure, PPSS said.

"Following stiff opposition from farmers and different political parties, the state government had decided two years back to provide water from Hansua river instead of getting it from Jobra barrage near Cuttack. Now the government has again decided to provide water to POSCO from Mahanadi with an ulterior motive to benefit the steel plant and to harass the farmers,” said Umesh Chandra Singh, vice-president of the state unit of farmers' front, Krusaka Sabha.

Hansua has a catchment area spread over 278 sq miles (720 sq km) in both Cuttack and Jagatsinghpur districts. Majority of farmers in Jagatsinghpur district meet their water requirement from Hansua. Now the state government is trying to deprive them the water of the river to irrigate their lands", added Singh.

"About 60,000 acres (24,281 hectares) of agricultural land of Tirtol, Raghunathpur, Earasama, Biridi and Kujang areas will become barren land if the authority will provide water to POSCO," said Singh.

Water Initiatives Odisha (WIO), a leading NGO working on water-related issues in the state, has also warned that the Odisha government’s decision would affect farm produce, leading to serious problems for the local farmers.

In September 2010, WIO had objected to the move, saying the government was taking whimsical decisions without  appropriate study of water availability in the Mahanadi and Hansua, said Ranjan Panda, convenor of WIO.

“We had said that any change in the original proposal of POSCO would need a fresh environmental impact assessment and public hearing. Even the Meena Gupta committee that inquired into violations of environmental laws by POSCO took cognisance of all these problems,” he pointed out.