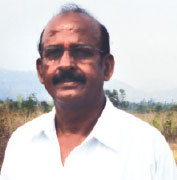 Their petition said MoEF gave clearance to the 2,640 MW plant based on a faulty environmental impact assessment (EIA). The EIA does not mention there is an upcoming reservoir in the vicinity.

The public interest petition against the Rs 12,000-crore Alfa Infropop Pvt Ltd (AIPL) project was filed on July 19 by Bhujanga Rao and R Ravi, representatives of the Forum for Sustainable Development and Samata, respectively. MoEF had cleared the plant on March 15 (see box).

The proposed power plant is in Vizianagaram’s Komarada mandal between two rivers, the Nagavali and the Jhanjhawati. The Andhra government started construction work on the Vanakbadigadda reservoir on the Nagavali after the Union Ministry of Industry and Commerce cleared the power plant. This irrigation project, meant for 445 hectares (ha), was long promised by the state government’s Integrated Tribal Development Agency (ITDA). The power plant is in the irrigation project’s catchment area; the EIA failed to mention this in its report. 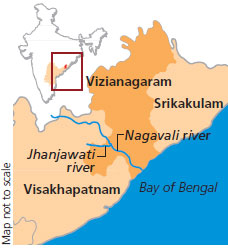 The plant covers 687.96 (ha) of irrigated and unirrigated land. Nadella Bujjibabu of Parvathipuram bought 14.16 ha for agriculture because he was told the reservoir was going to provide irrigation, but sold it to AIPL early last year. Once he heard of the power plant, Bujjibabu said he feared very little of the reservoir’s water would be spared for irrigation. P Venkateshwar from Banjaguppa village of Komarada mandal said he grows two crops a year and earns a profit of approximately Rs 40,000 per acre (0.4 ha). But AIPL chief executive officer M C S Reddy claimed, “As much as 90 per cent of the land is barren.”

The plant could also cause water shortage. The state has promised AIPL a total of 70.8 million cubic metre (cu m) from the Nagavali. Andhra’s share of the river is only 453 million cu m; the rest belongs to Orissa. As per irrigation department records the state has been showing utilization of 447 million cu m. The EIA mentions the Nagavali as the plant’s main water source. According to AIPL data, the plant will consume 192,000 cu m of water per day.

What EIA does not say PIL brings them to the fore