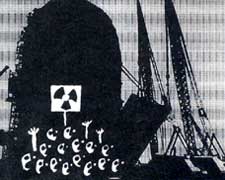 THE FIRST phase of the 220-mw Kakrapar Atomic Power Project (KAPP) near Surat went critical in early September, nearly two years behind schedule, but plant authorities already face allegations of not having complied with safety requirements and must contend with a labour dispute that could delay the second phase of the project.

Narayan Desai, veteran Sarvadoya leader and director of the Sapurn Kranti Vidyalaya near Kakrapar, went on a five-day fast to protest several lapses in the plant's safety measures, listed by Atomic Energy Regulatory Board member K Natarajan. Reportedly, tests of the engineered safety systems, which are automatically activated in a mishap, and of the core cooling system were not carried out at KAPP.

Meanwhile, hopes of commissioning the second phase of KAPP within a year may not be realised because plant construction workers, numbering about 1,500, are demanding a revision of the construction schedule and equity with station employees in the payment of bonus.