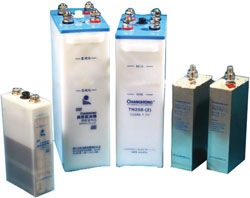 A SOLAR cell may be as useless on a dark cloudy day as a windmill on days when there is no breeze. To overcome this uncertainty, excess power generated from such natural sources needs to be stored so that it can be used later.

At present, rechargeable batteries based on lithium-ion electrode and vanadium-lithium are used. But they are expensive and eventually lose charge-holding capacity after 1,000 cycles of charge and discharge, whereas a grid-scale application requires a minimum of 5,000 such cycles.

There is a cheaper alternative available—iron-based batteries. But they have a poor charging capacity (between 55 per cent and 70 per cent). Now, scientists from Loker Hydrocarbon Research Institute in the US have tweaked the conventional battery to make it more efficient.

Bismuth has another advantage. To meet the demand of large-scale electricity storage, the batteries must be able to completely charge and discharge in one to two hours. The higher the discharge rate, smaller the battery required. It was found that with the addition of bismuth the discharge increased 20-fold in comparison to commercially popular batteries, and a 50-fold increase in comparison to simply iron-based rechargeable batteries.

“Battery research has mainly focused on lithium-ion chemistry and studies on alternatives have been restricted,” says Donald R Sadway, professor of material chemistry at Massachusetts Institute of Technology in the US. He points out that the main obstacle to stationary storage is cost and not charging capacity. “Therefore, we need to focus research on cost reduction,” he adds. The study was published in Journal of the Electrochemical Society on July 20.