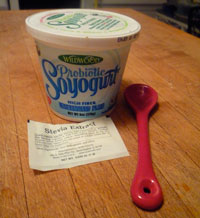 It's been about six years since probiotic food products entered the Indian market but there are no regulations to ensure they are safe for all. While most of the bacteria in these food products are similar to the friendly bacteria found in the human gut, they can affect specific groups of people adversely, making it imperative that the regulations are specified and enforced.

Though the Indian Council for Medical Research and the Department of Biotechnology set up a committee to draft guidelines for probiotics in 2008, these could be finalised only last year in July. The neutraceutical panel under the Food Safety and Standards Authority of India (FSSAI) has been studying these guidelines, but there is no indication from the authority as to when the regulations based on the guidelines would be notified.

The issue of safety and the need for regulation of probiotics was discussed recently at the international conference, titled 'Probiotics for human health –new innovations and emerging trends', held in Delhi on August 27 and 28. Experts bemoaned the absence of regulations for probiotics in the country and raised safety issues that have recently come to light. For example, the microorganisms can have adverse health impact on people with diabetes whose immune systems have been compromised.

A variety of probiotic products, made by companies like Nestle, Mother Dairy, Amul and Yakult, are available in India. According to market research firm, Markets and Markets, the probiotics market is expected to be worth US $32.6 billion globally by 2014, with  Europe and Asia accounting for nearly 42 per cent and 30 per cent of the total revenues respectively.

There have been strong calls to include regulations on probiotics for over a decade. But the guidelines released last year by ICMR and Department of Biotechnology on evaluating safety, efficacy and reliability as well as labelling of probiotic products being sold in India are not mandatory. Philip Abraham, consultant gastroenterologist and hepatologist with P D Hinduja National Hospital and Medical Research Centre in Mumbai, says, “The government has been sitting on the guidelines because there is a lot of pressure from the industry. If they make regulations and some products don’t meet those criteria, they will have to be taken off the shelves. This might cause problems between the government and industry.” While the US Food and Drug Administration and the European Food Safety Authority have stringent regulations to monitor products entering the market, no such regulations exist in India, he adds.

K Chandramouli, chairperson of FSSAI, says: “We have set up a scientific community to look into the guidelines, which will come up with regulations that will be part of the Act.” He, however, refused to set a deadline for this. For the products that are already in the market, Chandramouli said FSSAI is going to check these products and see if they are true to the claims made in the label and whether their health claims were derived after extensive research.

Researchers around the world are looking at probiotics for their curative properties. For example, an April, 2011 study by the University of Auckland in New Zealand, published in Applied and Environmental Microbiology, found that a probiotic strain of E coli bacteria could help treat Crohn’s diease—a form of inflammatory bowel disease. It is caused by another strain of E coli. A July, 2010 study published in the British Journal of Dermatology showed that consumption of milk with probiotic supplement by mothers during and after pregnancy cut the risk of eczema in their children by half.

“But it gets complicated when companies claim certain health effects,” says Nagendra Shah, professor of food science at the University of Hong Kong. “Probiotics’ impact on various diseases are being researched, but we don’t have conclusive evidence about them.  Moreover, we don’t know if claims made by firms are true.”

Researchers at the meeting said there is some evidence that probiotics may cause infection in people. “The evidence is meagre and demonstrated in few people—making the chances of it happening very slim, but it has been observed that gut microflora can travel to the blood stream and cause infection, especially in individuals whose immune system has been compromised,” Shah says. There have been around  200 isolated cases globally, according to Abraham. He says this is a very small number compared to the entire population, and that’s why not given much importance.

Neerja Hajela, head of science at Yakult Danone India, says her company products strictly adhere to the ICMR-DBT guidelines. “We are a global brand, and the strains we use have been approved worldwide for use in probiotic foods,” she says. “The regulation really is needed for Indian strains, because we still don't know how effective or safe they are.”

Nestle India was unavailable for comments.

Shah also says there is a chance of antibiotic resistance being transferred from the bad bacteria to the probiotic bacteria. He adds while this hasn’t been demonstrated, there is still a possibility of this happening, and it should be looked into.

V K Batish, senior researcher at the National Dairy Research Institute at Karnal cautions against feeding infants with probiotics. “The immune system of infants hasn’t evolved completely, and probiotics could have adverse effects,” says Batish. Arun Gupta, regional co-ordinator at Breastfeeding Promotion Network of India (BPNI), agrees. He adds that marketing of products is what the regulatory authorities need to keep tabs on. “Companies glorify their products and fool the customers into thinking their products are good for the child’s health. This also applies to other kinds of probiotic foods.” Similarly, in people who have their immune system compromised because of another disease like diabetes, cancer or AIDS, probiotics may have ill effects, say experts.

Abraham also emphasised that gut microflora vary from individual to individual, and there is no one-fits-all probiotic that will work on everyone. “Gut microflora of an individual in Haryana would be different from that of one in Tamil Nadu. A single probiotic strain or food cannot have a more than 60 per cent success rate. Even antibiotics don’t have the desired effect on everyone, with the most successful antibiotics being effective on around 90 per cent of the population.”

Market research firm Markets and Markets, in its report published in 2009, notes that more than 500 products had been introduced worldwide in the preceding decade.  However, no market figures are available for India because the probiotics market is still in its nascent stage in the country. By CyberMedia Research’s account, the probiotic drink market in India is growing at the rate of 23 per cent per annum. Shah says some companies don’t have enough cash to conduct extensive research and rush to roll out products, and do not meet standard regulation criteria.