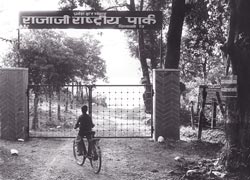 more than 15 proposals to de-notify protected forests across the country were put on hold when the standing committee of the National Wildlife Board (nwb) requested for detailed information on each of them during its second meeting on December 25, 2003, at Delhi. The standing committee rejected two proposals outright, including the one allowing the Uttaranchal state government to de-notify a portion of the Rajaji National Park and letting an ashram build a hospital in the middle of the park.

The proposals had been presented to the standing committee by the Union ministry of environment and forests during its brief first meeting on December 18. While the ministry had not made details of the proposals public, Down To Earth had reported the ministry's attempt to brazenly push the proposals through (see: 'The great sylvan sellout', Down To Earth, January 15, 2004), including some which had been rejected by the earlier standing committee.

At the meeting, some members reportedly asserted that vital information was missing to assess the validity of the proposals and asked for further details on each proposal. There was also discussion on giving the public access to the proposals. The rules for the functioning of the standing committee have not yet been formulated. The next meeting of the standing committee has not yet been scheduled, but ministry sources have criticised the entire process. They allege that the nwb and its standing committee have been relegated to bodies meant to de-notify forestland, instead of looking at the entire gamut of wildlife conservation issues.