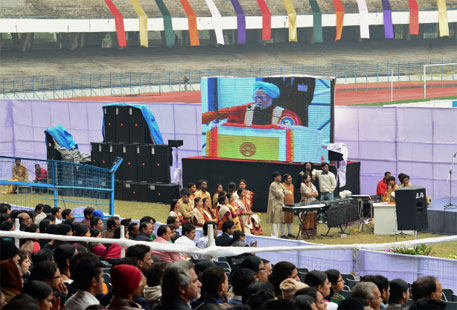 100 years after the first Indian Science Congress took place in Kolkata, the centenary session was inaugurated today in the same city, with a mild chill and gloomy weather for company. Prime Minister Manmohan Singh, general president of the science congress, also unveiled the Science Technology and Innovation Policy, 2013, (STI) while stressing the need to spruce up agricultural growth in a country with an overwhelming rural population.

The centenary year of the Indian Science congress in Kolkata will be hosting scientists from India and abroad for the next fivc days. Among those invited are six Nobel laureates, including Venkatraman Ramakrishnan, laureate in Chemistry. A special Women and another Youth Science Congress will run parallel.

The new science and technology policy, released at the inauguration, states its purpose is to “bring all benefits of Science, Technology and Innovation to the national development and sustainable and more inclusive growth,” but makes radical provisions for the corporate sector. The policy states of “treating R&D in the private sector at par with public institutions for availing public funds”. The policy will also attempt promoting establishment of large R&D facilities in private-public partnership. Broadly, the STI policy aims to raise R&D expenditure to 2 per cent of GDP from the present 1 per cent, and increasing full time research personnel by 66 per cent in the next five years.

Union minister of science and technology, S Jaipal Reddy, announced that the Prime Minister’s Doctoral Research Fellowships have been a success under a private public partnership with the Confederation of Indian Industries.

While President Pranab Mukherjee reiterated the need for faster and inclusive growth, he praised the mobile telephone revolution and the Aadhar project for service delivery to the poor. Chief minister of West Bengal, Mamata Banerjee, noted the historic prominence of Bengal for the scientific minds it produced and in her impromptu manner noted Kolkata still holds the capacity to produce talent “from NASA to Bhasa”. Bhasa referred to Bengal’s literary legacy. She also released The Balancing Act, a book telling the story of 21 women scientists.

Titled “Science for shaping the future of India”, a theme session followed the inaugural ceremony. John Beddington, chief scientific advisor to the government of the UK, highlighted the challenge of climate change and urged science to find newer ways of sustainable growth. Renewable energy and “climate smart and benign-to-environment agriculture”, he noted, are crucial ways to achieve this. He also highlighted the new problems which science should be prepared to counter, “more and newer infectious diseases due to climate change”. 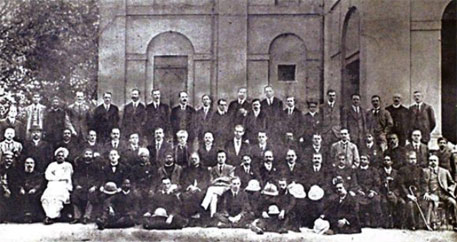