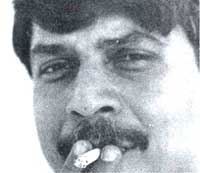 THE anti-smoking lobby in India country will receive a shot in the arm once tougher regulations currently being drafted by the Union health ministry are implemented. The proposed measures will introduce a complete ban on tobacco advertising in the country.

Such advertising is, at present, banned on the electronic media but continues to flourish in print. And tobacco firms have also successfully advertised their products by sponsoring high-profile events. The proposed legislation will put an end to all this. Director general of health services A K Mukherjee says, "Allowing the tobacco industry to sponsor charity shows and matches is like taking money from Dawood Ibrahim to build a hospital."