They are registered as clean development mechanism projects, eligible for carbon credits 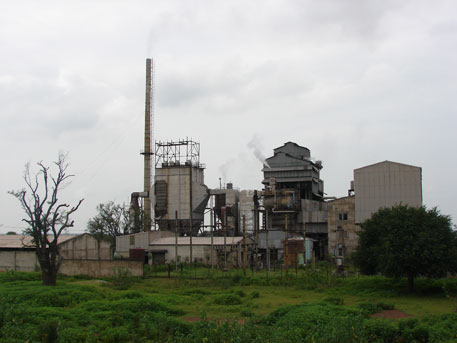 On October 15, 2010, the regional officer of Chhattisgarh Environment Conservation Board (CECB), R K Sharma, visited Tilda industrial area in Raipur unannounced. He noticed thick smoke rising from the premises of a renewable energy project. On paper the 8.5 MW power plant, Agrawal Renewable Energy Project, uses rice husk, a cleaner alternative to coal, to produce electricity. The electrostatic precipitator (ESP), an emission control device, installed in the plant was tripping frequently. On probing further, Sharma discovered that the plant was using coal as fuel.

Raipur has at least 10 biomass-based power plants where organic matter is used as fuel. Three reasons dictated the use of biomass in this place. One, a Chhattisgarh state government order of 2007, which prohibited commissioning or expansion of coal-based thermal power plants in critically polluted Borjhara, Urla and Siltara tehsils of the district. Two, the state provides financial benefits like accelerated depreciation, concessional import duty, excise duty and tax holidays to promote biomass-powered plants and buys energy from these plants at preferential tariffs.

The third reason is carbon credits; none of these plants could have applied for carbon credits by using only coal as a fuel. The biomass factor made the plants more attractive to carbon markets, thus opening the option for an extra stream of money for those managing these plants. All such plants in Raipur district are either registered with the United Nations Framework Convention on Climate Change (UNFCCC) or have applied for registration.

Inside the Agarwal Renewable Energy plant, the CECB official found that power plant was burning only coal. On October 16, CECB issued a show cause notice to plant for non-compliance. In reply, the company said the share of coal in its fuel mix was only 25 per cent. To qualify as a renewable energy project for government schemes, the fuel ratio of a biomass plant can be 15:85 or 25:75 (lesser number indicates percentage of coal used; the rest of the fuel is biomass). The ratio depends on the year the plant is commissioned. On October 24, CECB inspected the plant once again. This time, officials found that 90 per cent of the fuel that the plant used was coal and only a small portion was biomass. They also found that most of the pollution abatement equipment, including ESP, were not functioning properly. The plant was ordered shut for the next two months.

The Agrawal RE Project was commissioned in July 2006. Two months later, it was registered as a Clean Development Mechanism (CDM) project under UNFCCC. Biomass is considered a carbon neutral fuel with zero emission. The project design document submitted to UNFCCC claims that between 2006 and 2016, it aims to reduce about 36,358 tonnes of CO2 equivalent (CO2e) per year. Thus, in the ten-years, it claims it would generate 363,581 certified emission reductions (CERs).  If issued, these CERs could help the company earn Rs 17.15 crore if one goes by the current market value of CERs—around 6.8 Euros per CER.

The project was validated by Société Générale de Surveillance Ltd, a UK-based CDM validator, for registration as a CDM project, but has not been monitored for issuance of CERs. “Even four years after the registration, the project has not gone for verification (monitoring). Perhaps they (the company) knew that there were problems with the project,” says Sanjeev Kumar, who heads Climate Change Programme (Africa, ME & SEAP) at  Société Générale de Surveillance. Amit Agrawal, managing director of Agrawal Vidyut Limted, the owners of the project, however, says the company is waiting for the CER market to rise to apply for monitoring.

It is common knowledge in Raipur that biomass plants use coal on the sly as their primary fuel, industry sources admit. The Agrawal RE project is not a one off case. Another power plant run by Maa Usha Urja Limited (MUUL) in Siltara was found faltering last year. This 7.5 MW biomass power plant acquired UNFCCC registration in 2007, based on the claim that over a period of 10 years, it will save 362,277 tonnes CO2e. This project which has already been verified and monitored, has been issued 48,156 CERs for 2007-2009. At current market value these CERs would earn MUUL Rs 2.27 crore. But CECB officials say that during an inspection on December 3-4 last year, it found that 70 per cent  of the fuel burnt in the plant was coal when it was allowed to burn only 25 per cent. For reasons that could not be verified, no action was taken against the plant.

The deep rooted malaise became more apparent when this Down To Earth correspondent visited more such plants, posing as a student. “The boiler in the plant is of 400 tonne fuel capacity. Rice husk is not available throughout the year so we burn about 150 tonne of rice husk. Rest is the coal or dola char (waste from the sponge iron industry),” said the officer in charge of the boiler at the biomass-based power plant of Shree Nakoda Ispat Ltd, in Siltara tehsil of Raipur. This means around 63 per cent  of the fuel used in the plant is fossil. The plant is permitted to use only 15 per cent coal. The 12 MW plant was commissioned in April 2009 and was registered under CDM in October last year. It claims to reduce 57,525 tonne CO2e per year for the next 10 years. If issued, the CERs will earn the company Rs 2.71 crore in all.

A supervisor responsible for preparing the fuel mix at the Godavari Power and Ispat Limited in Siltara said that the ratio (of rice husk and coal) is not fixed. “Every day we are given a new ratio. Generally, it's 50:50,” he said. This plant was commissioned in November 2010 and has applied for registration under CDM. It claims to save 93,381tonne CO2e per year the next 10 years. If issued, the CERs will earn the company a total of Rs 4.4 crore.

Too expensive, too little

In Chhattisgarh, there are about 27 biomass-based plants, producing about 237 MW of power. On the surface, things look fine. But even a basic calculation  proves there may not be enough rice husk to produce this much power.

According to an analysis by Delhi non-profit Centre for Science and Environment, 1.5 tonne biomass is required for per MWh generation. Assuming Plant Load Factor (PLF) (ratio of the actual output of a plant over a period of time to the maximum output it can produce or measure of the efficiency of a plant) for biomass plants is 46 per cent, at least 1.43 million tonnes rice husk is required to run the functioning plants with total capacity of 237 MW. Considering that maximum 25 per cent fuel can be substituted with coal (calorific values of F grade Indian coal and rice-husk are almost same—3,000 kcal/kg), minimum 1.07 million tonnes of rice husk is needed. However, the production of rice husk in the state in 2009-10 was just 1.1 million tonnes. Close to half of the total rice husk produced is consumed by the solvent extraction plants (plants where oil is extracted from various plant products) and brick kilns, which means there's just not enough rice husk to meet the demand of the biomass power plants.

What's more, paddy cultivation in the state has been declining. The state government figures shows that in 2005-2006, it was 7.52 million tonnes, which dropped to 6.16 million  tonnes in 2009-2010. Husk component of paddy is only about 15 to 16 per cent. “Due to decrease in cultivable land, the paddy production in the state is decreasing year by year. Many rice mills have been shut due to this,” says Yogesh Agrawal, president of the Chhattisgarh Rice Millers' Association. According to him, around 30 per cent of the rice husk produced is used by solvent plants and 20 per cent by brick kilns in the state.

“All this has caused a severe shortage of rice husk for biomass plants leading to a steep increase in prices,” says a Raipur-based CDM consultant.  In 2005-2006, when commissioning of biomass power plants began in the state, the price of rice husk was around Rs 850 per tonne. Today it costs anywhere between Rs 2,000 to Rs 2,300 per tonne.  Coal is available at Rs 850 per tonne from the government allocated coal blocks.

Not eligible to register as CDM projects

In March 2007, the state government prohibited commissioning or expansion of coal-based thermal power projects in Urla, Borjhara and Siltara tehsils of the district. This meant that if any industry wanted to generate power in these areas after the order, the only option available was a renewable energy project. This limitation, disqualifies such projects from being eligible to be registered under CDM.

In order to get itself registered as CDM, a project has to fulfil the ‘additionality clause’. A project activity is additional if human-induced emission of greenhouse gases from sources are reduced to below that which would have occurred in the absence of the project. A project developer has to show that the least financially attractive option among all the available alternatives for producing energy has been chosen. In case of the renewable energy plants that have been built in these three tehsils after March 2007, the biomass power plants are the only available alterntive. Thus additionality clause requirement is not fulfilled, making them ineligible to qualify as CDM projects.

An 8 MW biomass-based power project of Bajrang Power and Ispat limited (BPIL) was installed in Borjhara in August 2008. It got itself registered as CDM project in February 2009. Between February 2009 and August 2010, it has been issued 52,218 CERs. Going by the current market rate, the value of these CER’s is Rs 3.31 crore. The UK-based Agrinergy Pte Ltd and Swiss company Bunge Emissions Fund Limited have been involved directly in trading these CERs. The biomass power plants of Shree Nakoda Ispat Limited and Godavari Power and Ispat limited also fall in the same category.