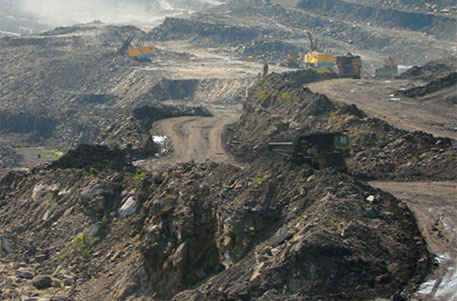 On the day it passed the controversial mining bill, Rajya Sabha also passed the Coal Mines (Special Provisions) Bill 2015 on Friday amidst concerns expressed by members of Parliament over provisions relating to labour and the environmental and social impact of the mines. Even as minister for power Piyush Goyal assured the upper house of Parliament their concerns would taken on board, 63 amendments suggested by MPs were not adopted by the house.

Last week, the bill was sent to a select committee of Parliament which studied the provisions of the bill. While none of the changes suggested by the committee were adopted as these was tabled on Wednesday, Congress, Communist Party of India (Marxist) and others suggested 63 amendments—all were rejected during voting. On Friday, after discussions, amendments to various clauses were put to vote, in which all the amendments were rejected by MPs. Finally, 117 members of the Upper House voted for the bill and 69 voted against it. Two members abstained. Minutes before passing the bill, the house voted down a proposal by the Left that the bill be sent to a Parliament committee for review.

Congress MP from Madhya Pradesh, Digvijaya Singh said that rights of the states have not been considered in the bill. “There are no provisions for consulting with the state governments when it comes to specifying the end use of the coal blocks. Also, there are no provisions in the bill to consult with the state if a coal block is cancelled,” said Singh. He also alleged that the labour ministry and coal mining unions were not consulted by the select committee while studying the provisions of the bill. On the provision of the open trade of coal to help small scale businesses and consumption by households, Singh said that the government needs to appoint a regulator else it would not stop the black-marketing of coal.

BJP MP, Anil Madhav Dave, who headed the select committee, said that Madhya Pradesh and Chhatisgarh did not have any objection to the provisions for the state, while West Bengal, Jharkhand and Odisha’s opinions were sought by the committee. Dave also added that the three labour unions were consulted by the committee.

‘Reversing nationalisation of coal’
CPI (M) MP, Tapan Sen, opposed the bill, saying it alters the Coal Nationalisation Act of 1973. “The bill aims to de-nationalise coal while there is no regulatory mechanism on pricing of coal or reforms in the sector suggested in the bill,” he said. Trinamul Congress MP, Sukhendu Sekhar Roy opposed the bill too. “If we take provisions of the coal mines bill and Companies Act, it seems the coal blocks are open to foreign companies for exploitation as well,” Roy said seeking a clarification from the government. He also pointed out that in the ongoing auctions, cases of cartelisation by companies have surfaced. “The government should appoint Competition Commission of India as a regulator as there are no regulatory provisions to check cartelisation by companies,” he added.

Bahujan Samaj Party MP, Narendra Kumar Kashyap said that government has to clarify what percentage of the royalties and auction proceeds earned by the states would be utilised for the Scheduled Tribes, who bear the maximum impacts of mining. Meanwhile, regional parties such as Biju Janata Dal, Telegu Desam Party and Jharkhand Mukti Morcha supported the passage of the bill.

Later, clarifying some of the points raised by the MPs, coal minister, Piyush Goyal said that settling the dues of the labourers engaged in mining in the coal blocks allotted to prior allottees is a priority for the government. On environmental and forest clearances for the coal blocks which are being auctioned, Goyal said that clearances cannot be obtained prior to allocation as it involves drawing up mining plans and other land related issues.

The Mines and Minerals (Development and Regulation) Amendment Bill, 2015