Against a background of worldwide recession, the Rio conference came and went with many promises of aid by the Northern countries. But by the end of the year, nobody remembered those promises or the problems of the South. Even doughty donors like the Scandinavians cut back on aid. Nor were there any efforts in GATT to induce commodity prices to reflect ecological costs. Despite their economic crises, Western countries remain extraordinarily wealthy in the global context. And it was once again the poor who were left to fend for themselves, but in an increasingly globalised economy. 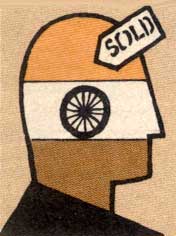 THE UNCED conference at Rio de Janeiro in 1992 and its immediate aftermath disappointed everyone involved in sustainable development.

During the March 1992 PrepCom for UNCED, US$125 billion was tabled as the net annual flow of new and additional financial support to developing countries to spark a $600-billion annual effort for a visionary " Agenda 21 " in sustainable development. r Nine months later, only about $6 billion appears to have been pledged by the North, even then not annually nor by linking annual figures in routine fashion to the volume of GNP or trade. The size of the global environment facility (GEF) is likely to fall short. And even the so-called Earth Increment of IDA-replenishments has apparently been forgotten.

Since last year, the economic barometers began indicating bad weather in many parts of the OECD region, partly explaining the failure so far of UNCED in generating substantive financial and technological flows from the North to the South. The major economies of the North face recession, as in the US, or are burdened with heavy expenses, such as Bonn's investment in the reconstruction of erstwhile East Germany.

Cutting public budgets has higher priority on the North's economic policy agenda than sustainable development, and aid is not likely to increase substantially in the near future. This is to be seen against a background of negative net cash flows from the North to the South in recent years, due to high debt servicing requirements and worsening terms of trade.

If aid is not the way out of this environmental cul-de-sac, what about trade? If the recession continues, it will result in reduced demand on the world market, which might hurt South-to-North trade. The positive trend is the wrapping up of the Uruguay round of GATT negotiations. The resulting partial liberalizations could lead to substantial efficiency gains in both the North and the South. OECD anticipates the benefits from extra trade volume may amount to about $200 billion annually (a 5 per cent increase in trade volume); divided about equally between OECD, and between the South and former socialist economies of eastern and central Europe.

Nearly all gain, but the rich countries, of course, gain more, especially on a per capita basis. The total revenue that some Southern nations might lose, OECD says, could be compensated easily by a 20 per cent rise in Overseas Development Assistance (ODA). Arithmetically at least this is correct, but there may be doubts about the compensatory rises in ODA. And in a long- term perspective on a regional basis, it raises questions on what this does to the relative positions not only of the West and the South, but especially of regions such as sub-Saharan Africa.

Also to be seen are a dwindling interest in sustainability-related issues, a lack of serious attempt by the North to make environmental space for the South, given the earth's finite carrying capacity, and a lack of true progress in the ecological reorientation of world market prices.

The world economy became even less sustainable in 1992 and will continue to recreate and reinforce conditions that ensure environmental insecurity in the years ahead.

Johannes B Opschoor is a professor of envjronmental economics at the Free University of Amsterdam and chairperson of the Advisory Councillor Nature and Environment Research, Ryswyk, the Netherlands.

Buckling under pressure on patents

1992 ENDED on a sad note for the Indian economy. Waves of popular protest had convinced many that India could with- stand pressure to accept GA TT secretary-general Arthur Dunkel's proposals on Trade Related Intellectual Property Rights (TRIPS). But by year-end, the Union commerce ministry conceded it could not oppose Dunkel any more.

The main area of contention is the- extension of patent protection to seeds and plants, and to industrial products, instead of production processes. Dunkel's proposals would have a patent system set up for plant and animal varieties.

Patent protection for advances in agricultural products such as better seeds means the Dunkel proposals will favour global agribusiness. This is unfair because most of the agriculture in Industrialised countries has evolved from plant genetic resources from developing countries, where they were developed over millennia and maintained by local farm communities. Ironically, these developing countries will now have to pay a heavy price to buy their own agricultural products back as inputs from the West.

Extending patent protection to products implies that even if a product is developed by a new process, it would violate the product patent. This would affect the Indian pharmaceutical industry, which has used different processes to produce patented drugs and medicines at a fraction of their price in the West.

But, what Dunkel also requires is that a company manufacturing a patented product has to prove its manufacturing process does not infringe patent rights. Many small manufacturers in the Third World will find international litigation both expensive and difficult.