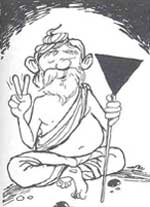 More than two children in a family could land one in serious trouble, if the recommendations of the population committee of the National Development Council are an indicator. Transgressors of this family norm, the committee recommends, should be excluded from the public distribution system.

Taking a leaf from the population programmes of some countries, where religious elders have played a major role, the committee recommends India's religious elders should be roped into the government's family planning programme and they should be oriented towards the two-child norm through workshops and foreign study tours. At a more basic level, the committee wants the budget for drug purchases at health sub-centres raised from Rs 2,000 to Rs 5,000 and abortion and sterilisation facilities made available at primary health care centres.

The committee proposes government and public sector employees should be used to set a family planning example because there is already a range of disincentives for these employees. They include debarring violators of the two-child norm and the Child Marriage Restraint Act from promotion for five years; dismissal from service if an employee has a fourth child; making leave concessions and medical facilities available only for two children, and barring violators from being recruited for employment in government or autonomous bodies and public sector undertakings.