Remaining tribals in Simlipal tiger reserve to be displaced

Those shifted out last December are living under plastic sheets in searing heat. Is this how relocation is meant to be carried out? 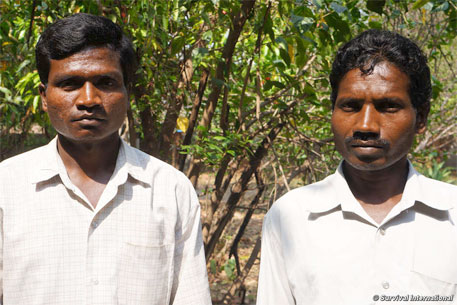 The forest department of Odisha is planning to relocate the last of the tribal villages from the core area of Simlipal Tiger Reserve, citing conservation as the reason.  Three villages—Jamunagarh, Kabatghai and Bakua—are to be relocated from the reserve in Mayurbhanj district.

“While residents of Kabatghai have agreed to be relocated and those from Jamunagarh have expressed their willingness, we don’t have the consent of tribals from Bakua,” says Anup Kumar Nayak, field director of Simlipal Tiger Reserve. Nearly 90 tribal families belonging to Kol and Munda tribes inhabit the villages.

“We have selected the land for relocation of Kabatghai and residents have agreed to it. Now we are waiting for forest clearance as the relocated village will fall in a forest area,” adds Nayak.

“Forest officials have been visiting the villages and discussed relocation plan with the tribals,” says Bijay Lal Mahanta from local non-profit, CREFTDA, which helps the villages file claims under the Forest Rights Act (FRA) 2006. “Tribals have filed for individual and community rights to the forests under FRA since 2008 but are yet to receive their entitlements,” adds Mahanta.

Researchers and activists say the plan to relocate is in violation of the FRA and against the wishes of the tribal forest dwellers. “We are very much dependent on the forest. We don’t have any conflict with the wildlife. We don’t hunt or cut down trees. If we leave we will face a lot of hardships… Please don’t displace us,” a Munda tribal from Jamunagarh told a visiting team from Survival International, a global non-profit working on tribal rights. Survival has also complained about the violation of laws and harassment by the forest department to the Odisha Human Rights Commission and to the National Tiger Conservation Authority (NTCA).

“Relocating villages from the core area of Simlipal without settlement of rights guaranteed under the FRA will be a violation of the Act,” says Pushpanjali Satpathy from the Odisha based non-profit, Vasundhara. “Even under the Wildlife Protection Act, before relocation, scientific studies are required to prove that co-existence between tribals and wildlife is not possible. There seems to be no such research for Simlipal,” she adds.

Interestingly, says Satpathy, a nomadic PVTG (particularly vulnerable tribal group), the Khadias, were settled inside the Simlipal way back in 1980s by the then field director Saroj Raj Chowdhury, to aid the forest department in its conservation efforts. 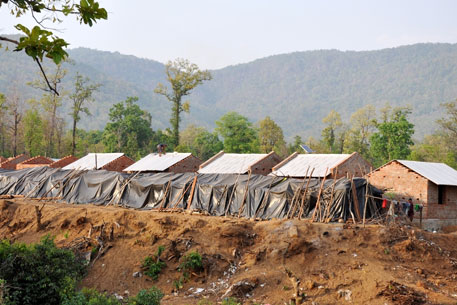 Thirty-two Khadia families were relocated outside the core area of Simlipal tiger reserve in a resettlement colony in December 2013. “They are now living under plastic sheets in over 40°C summer heat,” says wildlife activist and lawyer Biswajit Mohanty who visited the tribe last month. “The forest department did not bother to make thatched roofs till the time their concrete houses were readied,” adds Mohanty.

As compensation for displacement, tribals are entitled Rs 10 lakh per family, according to the 2005 recommendations of the Tiger Task Force. The compensation amount has not increased in all these years. “Money has little relevance for them. It is more important to rehabilitate them properly. The Khadia’s are not farmers but nomadic hunter gatherers. How will they adapt to the new surroundings?” asks Mohanty.

While the forest department has allotted Rs 8.5 lakh per family in fixed deposits, the remaining Rs 1.5 lakh was handed to them in cash. “The relocated settlement has now become a hub of liquor trading which has turned most of the men into alcoholics,” says Mohanty.

“Despite bringing this to the notice of the NTCA, no action has been taken to ensure humane living conditions for these displaced people. There is no hand holding or support to this tribal group which finds itself in a completely alien and hostile world far away from the cool realms of Simlipal core area where summer temperatures rarely cross 30°C," he says.

“Construction of houses in the relocation colony was delayed due to general elections. Many families have moved in now and are happy for their living conditions were pathetic inside the forests,” claims Nayak, field director of the reserve.