Around 116 activists were murdered last year, almost double the number of journalists killed during the same period 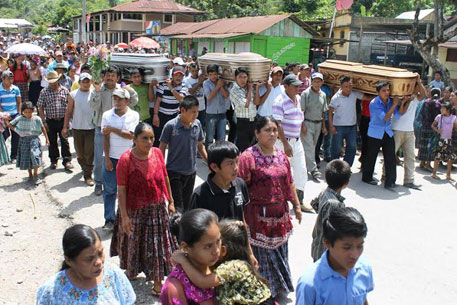 A recent global report has highlighted the shocking plight of environmentalists and land defenders, who dared to oppose big development projects in a bid to protect natural resources.

Around 116 environmental activists were murdered last year—almost double the number of journalists killed during the same period. Forty per cent of the victims belonged to indigenous communities and they were killed as a result of disputes over hydropower projects, mining and agri-business, says the report published by international non-profit Global Witness.

Killings of land and environmental activists in 2014 reached an average of more than two a week, reveals the report titled “How Many More?” This is an increase of 20 per cent when compared to 2013 figures.

Central and South America were found to be the most vulnerable with nearly three-quarters of the deaths reported from these two regions. South East Asia is the second worst-affected region.

Globally, it is very likely that the actual death toll is much higher. Many murders which occur in remote villages or deep inside forests often go unreported where local communities lack access to the media.

The reports points out that many activists have suffered threats and attacks for standing in the way of “development”. With companies going in search of new lands, people are paying the price for standing up for their rights.

Honduras, located in Central America, has emerged as the most dangerous country. Here, 101 deaths of activists occurred between 2010 and 2014. Take the case of Berta Cáceres, a citizen of Honduras and winner of the 2015 Goldman Environmental Prize. Since 2013, three of her colleagues had been killed for resisting the Agua Zarca hydro-dam on the Gualcarque river which threatens to cut off water supply for hundreds of Lenca people. Fabricated criminal charges have been filed against Cáceres and two of her children have left the country, citing safety reasons.

The mother of four is up against one of Central America’s biggest hydropower projects. She is facing powerful landowners, a US-funded police force and private security guards, according to news reports.

“They follow me. They threaten to kill me, to kidnap me, they threaten my family. That is what we face,” Cáceres said.

Billy Kyte, campaigner at Global Witness, wrapped up the situation aptly when he said, “In Honduras and across the world environmental defenders are being shot dead in broad daylight, kidnapped, threatened or tried as terrorists for standing in the way of so-called ‘development’.” Environmental defenders are fighting to protect the climate against ever-increasing odds, Kyte added.

Reasons behind the killings

There are several reasons as to why South and Central America are most vulnerable when it comes to murder of activists.

According to Chris Moye, environmental campaigner for Global Witness, corruption is rampant in these two regions across both the law enforcement and judicial systems.

“What underpins many of the cases in these regions are land use problems and clashing conceptions of development. On the one hand, large landowners, the government and companies are pushing for a resource extraction model with the full force of the law on their side, and, on the other, local communities, mainly indigenous, are fighting to subsist and in many cases to simply conserve their environments,” Moye said.

When asked about organised mafia, Moye told Down To Earth that in many of these cases (murders of activists) one could allege the involvement of the “organised mafia”also.

Here he stated the example of the historic conflict in the Bajo Aguan region of Honduras. Here, big land owners wanted to clear forests to cultivate palm oil for export purposes. In this area, 82 campesinos (rural community members) have been systematically targeted and killed ranging over a period of three years. It has been alleged that many a times the killings have been perpetrated by big landowners who used private security guards to impose their will, in league with the police and the government. The murders intensified from 2011 though they started as far back as 2009.

Global Witness has also detailed seven killings in India in the period ranging from 2002 to 2014. However, Moye says that there is a woeful lack of information from the country on the exact number of killings of environmental activists and land defenders and so the figure is likely to be under estimating the reality.

“It is a vast country with numerous problems and it is obvious that we have not yet been able to exhaustively detail all of the cases that have happened over the mentioned period. In future, we want to forge strong alliances with local civil societies in India to get a better sense of what is happening and where,” he added.

The report also shows that 29 environmental and land defenders were killed in 2014 in Brazil, followed by Colombia (25), the Philippines (15) and Honduras (12).

With the world eagerly waiting for this year’s UN climate conference in Paris, the disturbing report throws up a serious issue—how people on the frontline of the battle to protect our environment are being butchered in large numbers.
“The aim of Global Witness is to expose killings of environmental activists and land defenders by pressurising the international community to improve its response to this problem,” Moye said.

The non-profit organisation wants to improve the United Nations Human Rights System of reporting these killings. It also hopes to work with other global organisations, like the International Federation for Human Rights and the International Land Coalition, as well as local partners, to improve monitoring of this issue.
Web edition Web edition News News News UN climate conference Global Witness Down to earth Billy Kyte Berta Cáceres 2015 Goldman …
Donate Now