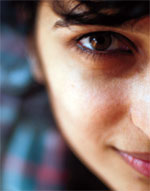 DIGITAL photographs of the retina have revealed that healthy people exposed to high levels of air pollution have narrower retinal blood vessels.

While past studies linked an increase in air pollution to a higher risk of death and hospitalisation from heart disease, the study published in the November issue of PloS Medicine, is the first to establish that air pollution may adversely affect tiny blood vessels in the human body like those that supply blood to the heart and brain.

A study in US cities led by researchers from University of Washington took retinal photographs of participants to measure retinal vessel diameters. Researchers studied 4,607 people aged 45 to 84 years from the Multi-Ethnic Study of Atherosclerosis (MESA) to investigate the progression of subclinical and clinical cardiovascular diseases.

Nearly 30 per cent of the participants were living near a major roadway and none of them had a bad heart history. Fine particulate matter levels were measured at participants’ homes over two years preceding the eye exam and on the eve of the eye exam.

“An increase of three microgramme per cubic metre in long-term fine particulate levels was linked to a one per cent decrease in arteriolar diameter. The difference in retinal blood vessel size of a person living in an area of high air pollution and of a person in an area of low air pollution would be the same as the difference between vessels of a person at 70 as compared to when they were 63,” explained Sara D Adar, co-author of the study from the University of Michigan in USA. In case of short-term pollution, one can expect a 0.5 per cent decrease in thickness of the retinal arteriole, the same amount of change as for a difference of three years in age, he added.

Narrowing of blood vessels in other organs can lead to a reduced blood flow to the heart and brain and be linked to angina, heart attacks and stroke, Adar cautioned.