The Ganga in the upper reaches has been an engineer’s playground. The Central Electricity Authority and the Uttarakhand power department have estimated the river’s hydroelectric potential at some 9,000 MW and planned 70-odd projects on its tributaries. In building these projects the key tributaries would be modified—through diversion to tunnels or reservoirs—to such an extent that 80 per cent of the Bhagirathi and 65 per cent of the Alaknanda could be “affected”. As much as 90 per cent of the other smaller tributaries could be “affected” the same way (see maps) 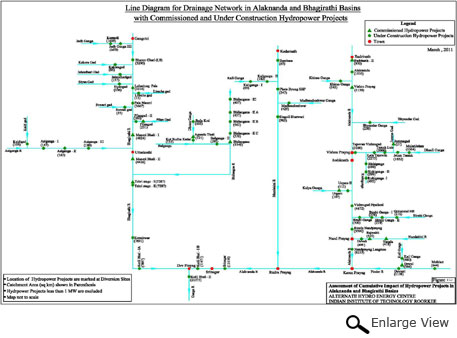 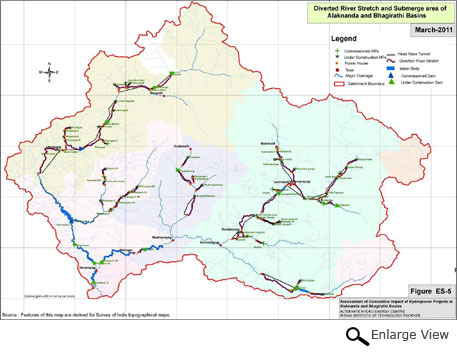