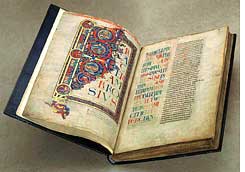 Timothy Stinson from the North Carolina State University is using modern dna testing to trace the evolution of the book industry during the Middle Ages. Thousands of volumes, handwritten during the mediaeval period on parchments made of animal skin, still exist today. Scholars have long struggled to know the origin of these works. A typical mediaeval parchment book includes the skins of more than 100 animals. Stinson plans to create a genetic baseline using the dna of parchment in the small number of manuscripts that can be reliably dated and localized. Genetic similarities between animals skins used in manuscripts of unknown origin and the baseline manuscripts would indicate the general time and locale where a book was written.Dating of manuscripts now is based on the handwriting and dialect of the scribes who created them, and is not reliable.

A team of researchers from mit, Massachusetts, found that mutant forms of therapeutic antibodies can bind to immune cells without the sugar attachment that was believed vital to the functioning of antibodies. Therapeutic antibodies are laboratory engineered and work by recognizing and binding onto a specific protein or antigen on the target cell's surface. It then recruits the immune system to attack the foreign body, blocking its growth. Making these antibodies had limitations earlier because only mammalian cells have the machinery to build the sugar attachment. The new study will help scientists develop antibodies mass-produced by bacteria or fungi which is cheaper and faster than using mammalian cells and can be used to treat cancer and autoimmune diseases. 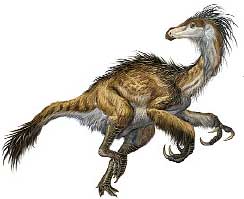 A 125-million-year-old bipedal dinosaur fossil unearthed from China's Yixian Formation suggests that feathers are not a characteristic feature of birds alone. Pin-like structures were discovered on the head, neck and trunk of the fossil. Each of these structures was represented by a single broad filament resembling the early stage in the morphological development of feathers, as per developmental models. This resemblance between palaeontological and developmental data indicates feathers evolved and diversified in dinosaurs before the origin of birds and the evolution of flight.

A team of researchers measured a repulsive force called the Casimir-lifshitz force that till now existed in theories only. So far only the attractive force had been measured and this was a problem for nano-engineers as it caused tiny components of a device to stick to each other. The new finding can help in building ultra-sensitive force sensors, and nanoscale devices like compasses, accelerometers and gyroscopes. The team, led by Federico Capasso from Harvard's School of Engineering and Applied Sciences, US, kept a gold-coated sphere over a silica plate at a nearly touching distance (between 20 nanometers to 100 nanometers) immersed in bromobenzene. This created a repulsive force, causing the sphere to levitate over the plate. When the gold coated sphere was kept over a gold-coated plate, it generated the attractive force proving that the force is repulsive only between different materials. 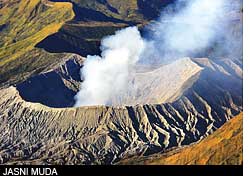 Scientists have found that over the past 450 years, big volcanic eruptions have helped cool the weather in the tropics but such effects were dampened in the 20th century by rising global temperatures. Rosanne d'Arrigo from the Tree Ring lab of Columbia University's Lamont-Doherty Earth Observatory and a team of other scientists analyzed tropical tree rings and found that the rings grow thinner in years with decrease in temperatures. The most sustained cooling followed two events an 1809 eruption that took place in an unknown location in the tropics; an 1815 Tambora eruption, in Indonesia, following which between 1815 and 1818, tropical temperatures dropped 0.84C. The study also found that following volcanism, higher latitudes show a three-time greater drop in temperatures than lower latitudes.

health sciences
Sleep away the ills

Animals that sleep for longer periods have a better immune system and lower chances of parasitic infection, revealed a study. Researchers compared data on sleep duration and immune system parameters in mammals and found increase in sleep duration was associated with an increase in the immune cells circulating in blood. When the animal is awake it has to carry out a number of functions like hunting for food and acquiring mates which demand energy but while sleeping, these activities are at bay allowing the body to focus on its natural defences, explained Brian Preston from the Max Planck Institute for Evolutionary Anthropology, Germany, who led the study. This research has implications for human health given the decline in human sleep durations over the past few decades.