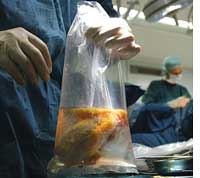 Growth of ice crystals during organ preservation at low temperatures leaves them unfit for transplantation. Several carbohydrates have the ability to prevent the growth of ice crystals. This ability correlates with the hydration number which is the number of water molecules bound to one carbohydrate molecule. A team of scientists calculated the hydration index which takes into account the hydration number and the volume of a carbohydrate molecule, and found that it can accurately predict the carbohydrate's ability to inhibit ice crystallization. Such an index would also help understand how well prospective antifreeze materials would work. The findings have been released in the December 2008 issue of the American Chemical Society. 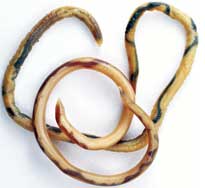 Belgian researchers have discovered how plant parasites like roundworms, manipulate a plant's hormones to steal food from it. When a roundworm infects a plant it penetrates the roots and invades the vascular bundles (nutrient and water transport system). The worm then injects a protein-containing substance into a vascular cell to make it produce food for itself. This plant cell, which can enlarge to the size of about 200 cells, is called the "feeding site". The study for the first time showed that the parasites knock out certain proteins to manipulate the transport of auxin which is a hormone, important for the plant's developmental processes. Auxin then regulates and develops the feeding sites. The findings, published January 16 in the journal PLoS Pathogens, will help scientists figure ways to develop infection-resistant plants.

astrophysics
Once was cold gas 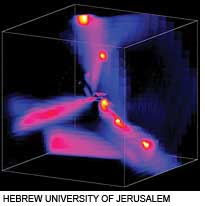 Cosmologists have formulated a new theory on the formation of galaxies. The old theory believed it resulted from cosmic gaseous discs colliding and merging to form galaxies. The study, published in the January 21 issue of Nature, explained that galaxy-building results from a continuous flow of cold gas (made of hydrogen). Every galaxy is embedded in a spherical halo-like dark matter which stays under its gravitational pull. The cold gas streams penetrate the dark-matter halo of each galaxy and reach the centre where they become rotating discs. These discs break into giant clumps in which the gas converts into stars forming new galaxies. The rate of star formation predicted by this theory more accurately matches the observed rate. 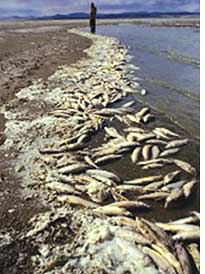 A team of scientists have predicted large-scale extinction events if the global ocean oxygen keeps depleting at the current rate. Dead zones are areas low in oxygen content where higher forms of life like fish, crabs and clams cannot survive. Projections made by the team of Danish researchers showed that unchecked global warming would lead to a dramatic expansion of dead zones in the global ocean by a factor of 10 or more. Published in the January 2009 issue of Nature Geoscience, the findings go on to say that these dead zones will invade the deep ocean leading to mass extinctions. For example, off the western coasts of the US and South America, it would lead to severe fish and shellfish deaths.

Common forms of hormone therapy for post-menopausal women, now big even in India, are said to accelerate loss of brain tissue. Studies by the US National Institutes of Health showed that therapy significantly decreased the volume of brain tissue in regions critical to memory the frontal lobe and the hippocampus. Both are involved in thinking and memory skills. Older women already having some cognitive problems when they began the therapy were found to be most at risk, said the research published in the January 13 issue of Neurology. Women aged 65 years and older are not advised hormone therapy as the risks outweigh possible benefits. 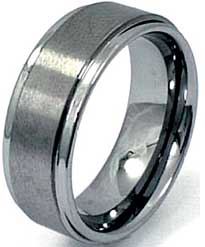 Tungsten was recently classified as an "emerging contaminant" by the US Department of Defense and the Environmental Protection Agency. An article released in the January 19 issue of Chemical and Engineering News said tungsten, used in a range of products from bulbs to bullets, is not as chemically inert and non-toxic as was previoulsy known. Tungsten can dissolve in groundwater under certain environmental conditions. Studies have shown that exposure to this metal can stunt growth in plants, damage the reproductive potential of earthworms and trigger premature deaths in lower life forms. Even though it is less toxic than lead or mercury, its effect on human health requires further assessment, said the researchers.