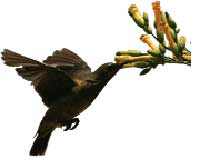 An African bird has learnt to hover so it can collect nectar from flowers just like hummingbirds, said a study published in the March 31 issue of Oikos. The birds have an unlikely trainer the tree tobacco plant. It has yellow tubular flowers and is native to South America where it is pollinated by hummingbirds. When it was introduced in South Africa, the job was taken over by the sunbird as there are no hummingbirds in South Africa. Earlier, the sunbirds migrated out of South Africa in winters, but now they stay back as they seem to get their food from tree tobacco. The discovery sheds light on why hovering evolved. It may have been because of nectar-feeding bird species competing for flowers in their evolutionary history.

There might soon be treatments that could keep symptoms of ageing at bay. A team analyzed five million genes in multiple ageing tissue types of animals and humans and came across mechanisms used by the body to protect itself from cellular changes caused by ageing. Some genes become more abundant with ageing and increase key protein levels to protect the body. These genes can be used as markers for development of products which would prevent the body's muscles from degenerating and prevent memory loss as one ages, said the study published in the April issue of Bioinformatics.

chemistry
Osmium on the rise

Cars release 30 per cent of the global carbon dioxide, 30 per cent of nitrogen oxide and 76 per cent of carbon monoxide. Now a research says they are adding to the global osmium levels. The source platinum-based catalytic converters which remove pollutants from automotive exhaust. Osmium is found naturally as well as an alloy of platinum ore. When exposed to air, it forms the highly toxic osmium tetroxide. A team measured levels of osmium in water bodies and in the North Atlantic, Pacific, Indian and Antarctic Oceans. The osmium was traced to emissions resulting from the normal operation of cars and refining of platinum. Other sources are chromium smelters and hospital incinerators. The study was published in the April 20 issue of the Proceedings of the National Academy of Sciences.

In chronic pain, using high-dose narcotics leads to toxicity of the surrounding tissue. A team used fat-based particles, liposomes, to package a strong anaesthetic called saxitoxin. This was used in rats and proved to be long-lasting and non-toxic. The study published in the April 13 issue of the Proceedings of the National Academy of Sciences, will be useful for conditions where pain lasts for weeks. The anaesthetic can be used as a long-lasting injection to simply put that part of the body to sleep.

The gene variant responsible for autism, a brain disorder in children, has been identified. Scanning the dna of 3,100 individuals taken from 780 families across the US, researchers found it to be a variant of the gene cdh10 found in chromosome 5 (one of the 23 pairs of chromosomes in a cell). cdh10 switches on during the foetus's development in the womb and regulates regions of the brain that support speech and interpreting social behaviour. While studies have shown chromosome 5 to be the hub for risks related to autism, the early activity of cdh10 somehow makes the foetus susceptible to the disorder whose symptoms include the inability to communicate and develop social relationships, said the study in the April 28 issue of Nature.

evolution
An eye for an eye 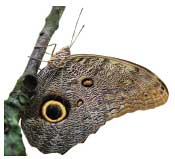 Butterflies can entice potential mates or repel predators by using different sides of their wings. Eyespots on the upper surface of the wings attract mates, while those on the underside are used to confuse predators. The study is the first to employ evolutionary history models to show that a species can use the same signal--in this case, eyespots--on different areas of its body to communicate different messages. However, the function of eyespots is not completely understood. The findings, published in the April 1 issue of the Proceeding of the Royal Society B, explains that the spots on the forewings might be to attract mates of the same species so as to prevent cross-mating.

marine sciences
Animals of a venom

Contrary to what was known, all octopuses, squids and cuttlefish (cephalopods) are venomous. Venoms are toxic proteins that paralyze the prey's nervous system. While other venomous animals have been tested for drug development, most cephalopods were untapped. A team analyzed genes of different species and found a common ancestor passed down a set of toxins and over time more proteins were added. The study is an example of convergent evolution where different species developed the same basic set of venoms. The next step is to figure out why, said the study in the March 18 issue of the Journal of Molecular Evolution.