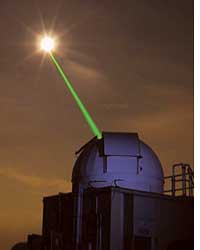 Space research organizations like nasa in the US flash strong laser beams upwards that cut through the earths atmosphere and provide data on changing weather patterns and atmospheric pollution. An unsuspecting airplane has chances of colliding with these laser beams. Space stations employ people to observe flying planes and raise alarm when they are within 25 degrees of a beam but this is liable to human error; accidents happen in the blink of an eye. A scientific team designed a better pair of eyes for the space stations a radio-tracking device that can keep awake all night. Using its two antennae it can intercept signals from the air-traffic control system (transponder) carried by almost all planes and beep when one is dangerously close to a laser beam.

Plastic toys, lighters, a sealed jar of face lotion these were the items recovered from the stomachs of dead albatrosses. The bird that nests on coasts has a new dish on its menu plastic. With oceans a convenient dump for garbage, it does not have choices. Plastic ingestion blocks the digestive tract causing thousands of albatrosses to die each year. Scientists tracked the Laysan albatross that nests in the Kroll atoll and Oahu island in Hawaii and hunts for food in the North Pacific Ocean. The Kroll atoll and Oahu island lie near the western and the eastern garbage patches which together make the North Pacific Ocean the worlds biggest garbage dump.

Seismologists are trying to establish the long-debated link between global warming and an increasing frequency of hurricanes. For this they are collecting all the seismic noise data recorded so far by two natural disaster monitoring stations in the US. Seismic noise is background noise that exists everywhere, generated by wind and sea waves. The Earth is a rich trove of seismic noise data and it has never been studied before for this purpose. Once all the data is in place, the relationship between seismic noise and sea-surface temperatures will be clear, say the researchers. Geological Society of America, October 20 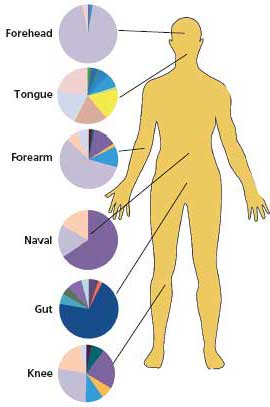 The human body is enveloped in microbial communities that outnumber cells in the human body. These micro-sentinels regulate body functions like nutrition and keep the immune system on its toes. Researchers, for the first time, mapped the bacteria spread over 27 sites across the body. The bacteria are very choosy about where they live. For example, when the researchers put tongue microbes on the forehead, the bacteria did not take to it. The same microbes did not mind growing on the forearms. This study could help understand why skin infections are site-specific. Though the researchers found 22 phyla of microbes, only fourActinobacteria, Firmicutes, Proteobacteria and Bacteroidetesdominate. The back of the knee has more bacteria than the gut and the armpits and soles of feet have similar flora. Science, November 5

ornithology
What would Darwin say?

When it comes to mud hens (American coots), it is survival of the biggest. The fate of the chicks is decided when the mother hen lays eggs. The biggest egg produces the biggest offspring which survives better than the smaller siblings. Researchers let different mother hens raise the offspring produced by one hen. This was to make sure that the chicks did not die due to an unusually negligent mother. The experiment confirmed that a bigger size was crucial to the survival of the chicks. The American Naturalist, November 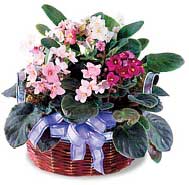 Plants do not take well to skin care products, unlike humans. Take the brilliantly coloured African violet for example. Researchers found that touching these the leaves and flowers damaged the plants health, even more so, when the hands were well moisturized. They did not wilt like the touch-me-nots, but there was a decrease in the leaf numbers and nodes from which new leaves arise. Repeated brushing decreased plant quality and size, found the researchers. When touched by gloved hands the effects were quite the opposite. HortTechnology, July-September

Protecting computers from the Trojan Horse, a tricky computer virus, will now be easier. The malware comes from a class of viruses called the rootkits which do not harm directly. They let other viruses hack into the system, resulting in loss of crucial data like the password that helps one log into a bank account. The viruses work by hooking onto the computers central operating system and manipulating it. A team programmed the operating system such that all vulnerable information was placed in a centralized part of the system. The team then put in a hardware-based protection system that could protect the lot easily. 16th acm Conference on Computer and Communications Security, November 12 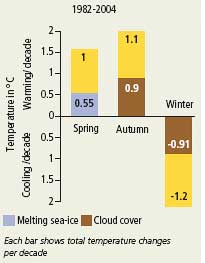 The Arctic has changed over the last 20 years. Most of the warming is linked to sea-ice and cloud cover changes. Scientists studied data from two decades and estimated the contribution of both to temperature changes per decade (Geophysical Research Letters, October 30).

Solar winds are composed of energetic particles formed in the suns outer atmosphere. Astrophysicists finally know what causes these winds to form magnetic fields found on the suns brightest regionssunspots. The earth is protected from the solar winds by its own magnetic field. When they manage to penetrate the atmosphere they cause violent geostorms that disrupt radio and satellite communications. Astrophysical Journal, November

A team mapped the burnt forested areas in Sirohi in Rajasthan in a study that spanned three years. 5,501 hectares (ha) of Sirohis forests were burnt in 2005, 5,794.8 ha in 2006 and 12,076 ha in 2008. 2,870 ha of Sirohis forests are under a risk of frequent fires as they got burnt in two of the three years studied. 55 per cent of Indias forests are affected by fires every year. Prolonged dry weather, during the summer months, and carelessness on the part of people who collect firewood or cut trees for timber are two causes. Current Science, November 10