HEALTH
Why you puke 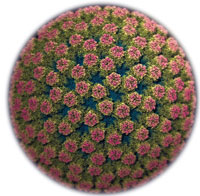 It is known that rotavirus and norovirus cause the majority of stomach infections leading to diarrhoea and vomiting. But it is unclear how they trigger it. Now scientists have found the process that induces vomiting. They say the viral infection and the toxin excreted from infected cells stimulate a sensory cell—entrochromaffin— in the walls of the digestive tract. The cell then releases serotonin, a signalling substance, that in turn activates the brain’s vomiting centre. The finding can help find better treatment. Till now doctors rely on oral fluid replacement and intravenous drips to prevent dehydration. Scientists say a medicine that is used for controlling vomiting in cancer patients can be utilised. PLoS Pathogens, July 14 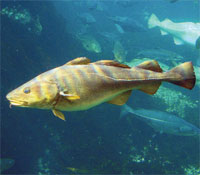 The Atlantic cod population is showing signs of a comeback, two decades after a collapse. Researchers say the delay in recovery was caused by a reversal of fish predator and prey roles. When large-bodied fish like cod were dominant, they fed on smaller forage fish. But overfishing of cod resulted in smaller forage fish preying on large ones. The absence of large fish resulted in the forage fish population ballooning by 900 per cent and outstripping its food sources. The subsequent decline in forage fish led to the recovery of the cod. The study is the first to show recovery at the multispecies level. Nature, July 27

Astrophysicists have always wondered why an unusually large number of stars are found in Large Magellanic Cloud (LMC)—a neighbouring galaxy to our Milky Way. Now it has been found that the galaxy is actually stealing stars from another galaxy Small Magellanic Cloud to add numbers. The team analysed 5,900 stars from the LMC and found that over five per cent of them are rotating counter to the rest of the stars. Also, the chemical composition of these stars were different. They concluded that LMC was stealing stars using its superior gravitational pull. The Astrophysical Journal, July 26 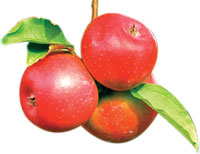 Orchard growers are in for a trouble. A study has found that commonly used fungicides are no longer effective in controlling a damaging apple scourge. It found that extensive, long-term use of four popular fungicides—dodine, kresoxim-methyl, myclobutanil and thiophanate-methyl—has led to apple scab resistances in Indiana and Michigan in the US. Apple scab, caused by the fungus Venturia inaequalis, is highly destructive, causing brown lesions on leaves and fruit of apple trees. Apple scab samples were treated with the fungicides and about 12 per cent of the samples tested were resistant to all four fungicides. Plant Disease, July 12 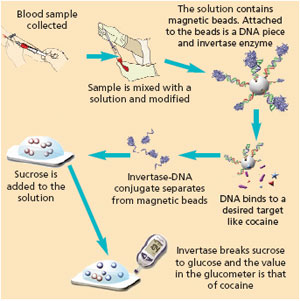 The glucose meter used to read the blood sugar levels in diabetics may soon have a more versatile role. Scientists have shown that the device can be utilised to test blood samples for a variety of substances, including cocaine, the pathogen-related protein interferon, the biochemical adenosine, and traces of uranium. The ability to measure such medically important targets without expensive lab testing could be particularly vital in developing countries. The researchers modified the chemistry of blood samples to use glucose concentration as a proxy for detecting the concentration of these substances. The solution is then put onto a test strip and into the glucose meter, giving a reading of the concentration of the target substance in the original sample. Nature Chemistry, July 24 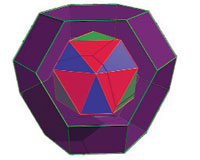 One of the challenges chemists face is controlling chemical reactions or creating conditions that promote some reactions and restrict others. Now scientists have developed a chemical cage called molecular flask which is capable of housing other compounds, regardless of the charge. The structure has the shape of a truncated octahedron and can hold organic molecules and nanoclusters. This makes it possible to separate chemicals based on size or perform reactions inside well-defined cages. It can also give rise to new materials with desired properties. Science, July 22

A blood test used to detect prostate cancer in men can help diagnose breast cancer. A study has found that prostate-specific antigen (PSA) levels in the blood of women with breast cancer are over three times than in healthy ones. But PSA levels in healthy women are so small that it is difficult to measure. So the team developed a biosensor. It detects protein associatted with the PSA in the serum. Analytical Chemistry, July 21 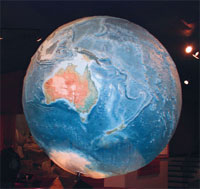 The earth is gaining 0.28 inches per decade round its middle. The earth was not perfectly round to begin with but ice sheets in Greenland and Antractica put pressure on the land mass and made the earth round. This was around 22,000 years ago. Though the fattening trend was observed in the 1990’s the reason was not known. Now researchers analysed data from twin satellites launched in 2002 and found that the melting ice is resulting in more water accumulating around the middle and leading to the extra bulge. Geophysical Research Letters, July 13 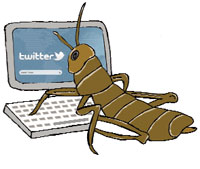 Humans use facebook and twitter to influence others. But they may not be the only ones. Scientists have found that swarming behaviour of the locusts is created by the same social network. To understand group behaviour of animals, scientists have been using computer models since 1980. But it has always been a mystery how so many animals move together in the same direction. Also, each animal can only see a small area and often finds itself in unpredictable environment. The scientists reviewed earlier studies of how opinions are formed in social networks and studied 120 locusts. They replicated the social network among locusts using a computer model and found the mechanism through which locusts agree on a direction to move is the same we use to decide where to live or go: we let ourselves be convinced by those in our network. New Journal of Physics, July 15

ZOOLOGY
Where to save marine mammals 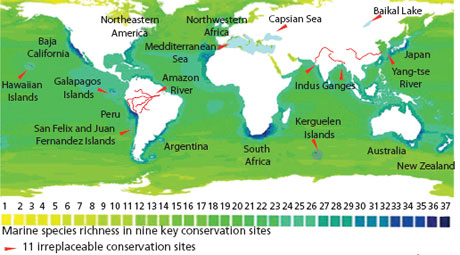