ZOOLOGY
Dog was made in China

Dogs originated from wolves in China, confirms a study, contradicting theories placing the cradle of the canine line in the Middle East. Half of the dog gene pool is present in all regions of the world, but there is only one place where the complete range of genetic diversity can be found: south of the Yangtze River, say Swedish researchers who analysed DNA sequences from 151 male dogs around the world. Heredity, November 23

This could be the end of the itchy and inflamed skin. Scientists have pioneered a way of destroying a strain of yeast thought to trigger eczema. The team studied the effect that 21 peptides with cell-penetrating or antimicrobial properties had on the yeast. They found that six of them killed the yeast without damaging human cells. The team is now going to study how the peptides kill the yeast. Letters in Applied Microbiology, November 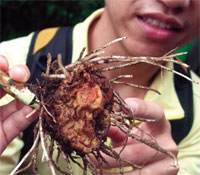 A common herbicide 2,4-D may slow down a plant’s root growth, say researchers. The team discovered that a protein responsible for moving root growth hormone in plants, auxin, into cells starts removing the hormone when too much has accumulated. The herbicide is a synthetic form of auxin. When applied, high amount of auxin gets deposited on plant roots, causing the plant to release more auxin-removing protein. Thus, the plant needs more minerals and water. The Plant Journal, November 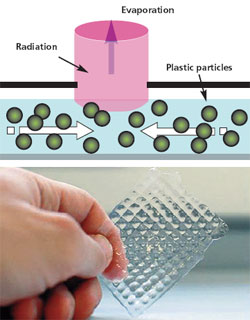 Researchers in the UK have invented a process to make coatings that reduce the drag resistance of ships and aeroplanes, and thereby lower fuel consumption. The process involves using beams of infrared light to heat certain spots on wet coatings made of tiny plastic particles in water. The hotter spots evaporate more quickly, and the plastic particles are then guided there as the evaporating water is replaced. Using this process, it is possible to create plastic coatings with small bumps and ridges in sizes ranging from less than a millimetre to a couple of centimetres. Such texture will reduce the drag when large vessels pass through air or water. In turn, vessels will consume less energy while moving. Soft Matter (online), October 13 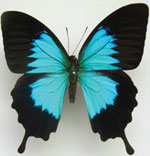 A butterfly has inspired the design of a material that traps both air and light. The wings of the Mountain Swallowtail Butterfly shed water because of the way ultra-tiny structures in them trap air and create a cushion between water and wing. Mimicking the nanostructures, researchers from Sweden, USA, and Korea used an etching process to carve out micro-scale pores and sculpt tiny cones from silicon. The team found that the features of the resulting wafer improved silicon’s water-repellent properties. The surface could find uses in electro-optical devices and infrared imaging detectors. Applied Physics Letters, November 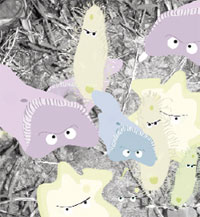 Antibiotic-resistant pathogens are the primary cause of the superbug epidemic. It is believed that improper and exccessive use of antibiotics leads to the making of antibiotic-resistant bugs. Now scientists have found such sturdy bugs are also prevalent in soils rich in heavy metals. In such regions, geochemical and soil metal conditions increase the prevalence of resistant genes in nature, making them sturdy, the researchers say. They now plan to examine how it affects their genes. PLoS One, November 9

A common human virus is responsible for making the deadliest form of brain tumour, glioblastoma multiforme (GBM), so malignant, say scientists. The team claims that human cytomegalovirus (HCMV) possibly affects stem cells that keep the tumour growing. GBM patients are currently treated with the standard regimen of surgery, followed by radiation and chemotherapy. The new research could open avenues for treatment with antiviral drugs. Journal of Virology (online), November 16

Light acts weirdly, at least when it comes to nanometers. Princeton University engineers have found that blocking a hole with a metal cap enhances, not blocks, light transmission. They shot lasers through a gold film riddled with 60 nm-wide holes. When they placed gold caps (40nm larger than holes) over the holes, they found that 70 per cent more light came through the blocked holes than the open ones. The discovery can help improve microscopes, cameras and telescopes. Optics Express, October 7

HEALTH SCIENCES
Her pill, his risk

Use of oral contraceptive pill is linked to the risk of prostate cancer in men, say Canadian scientists. Using data from 87 nations, including the US and Europe, researchers found that where the proportion of women using the pill is higher, rates of prostate cancer are also higher. They believe oestrogen by-products in the urine of pill-users contaminate drinking water and enter the food chain. Excess exposure to oestrogen is known to cause cancer. BMJ Open, November 14

The concept of sustainable development has experienced extraordinary success since 1980s, so much so that it has progressed as a scientific discipline. To ascertain how far the field has progressed, a group of researchers analysed the geographic distribution of its publications and citations from 1974 to 2010. They dissected the discipline’s footprint with respect to other disciplines contributing to sustainability science. They found social sciences accounted for 34 per cent of the output, followed by biology with 23.3 per cent and engineering at 21.6 per cent. Their finding was assembled from a review of 20,000 academic papers penned by 37,000 authors representing 174 nations, including Australia, UK and India. PNAS, November 21