Many over-the-counter (OTC) drugs and supplements may contain a group of highly toxic chemicals called phthalates, say US scientists. The chemicals can damage male reproductive system. Phthalates are used in the coating of a drug as inactive ingredients to target delivery of active ingredients to a specific area, or manage their release over time. The team found that 50 prescription and 40 OTC drugs contained phthalates. More commonly phthalates are used to soften plastic. Environmental Health Perspectives, December

It is not always the vehicular and industrial emissions that cause acid rain. Formic acid, emitted by plant leaves and biomass burning, too makes a significant contribution to rainfall acidity. Using satellite data, scientists have shown that 90 per cent of the formic acid is biogenic and largely emitted from boreal and tropical forests. They say the forests release 100 million tonnes of formic acid each year—10 times the total from all the other known sources. Nature Geoscience, December 18 (online)

Evolutionary change does not take many years, if salmon is a case in point. Researchers say the hatchery-born fish takes a single generation to adapt to the captivity, explaining why the salmon born in human-regulated tanks do not do as well in the wild. They explain specific genetic changes occur in hatchery-born fish that make them ill-suited for reproduction in the wild. The team will dig deeper into the genomes to know the changes. The finding, based on a 19-year DNA analysis, raises concern about the genetic impact hatchery fish may have when they interbreed with wild ones. Captive breeding programmes are popular tools for restoring threatened species. PNAS, December 19

A stamp-sized bandage can spur blood vessel growth at the wound site and help heal faster. The bandage has been incorporated with growth factors that spur the growth of new blood vessels. When the stamp is implanted on the wound, it creates new vessels based on the desired pattern. The stamp has channels of varying sizes that allow the large growth factor molecules to be delivered in designed patterns. Measuring one centimetre across, the stamp is created from a hydrogel made of polyethylene glycol (used in laxatives) and methacrylic alginate (edible, gelatin-like material). Advanced Materials, January (online) 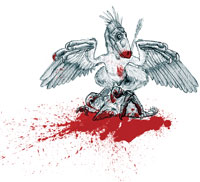 The sickle claws of Velociraptor were not used to slash at prey—as made famous in the film, Jurassic Park, say researchers. Instead, they were used to hook into prey, and latch on like modern hawks and eagles—and then Velociraptor would have eaten its prey alive. Velociraptor and modern birds possess similar enlarged claws on their second toes. After analysing behaviours of modern birds of prey, the scientists concluded that birds might have first evolved flight from flapping limbs to stay stable while on top of a struggling prey. This kind of “stability flapping” requires less energy than flight, making it an inter- mediate flapping behaviour that may be key to understanding how flight evolved, says the team. PLoS ONE, December 14 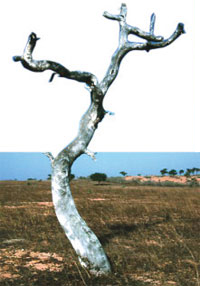 Climate change is killing trees in Africa’s Sahel region, south of the Sahara. Between 1954 and 2002, one in five tree species disappeared there, say researchers at University of California. They explain rainfall in the region has dropped by 30 per cent and the average level of temperature has risen by 0.8°C. This has led to shifting of vegetation zones southward toward areas of more rainfall. The team used satellite data, aerial photos and climate change records to reach the conclusion. Journal of Arid Environments, December 16 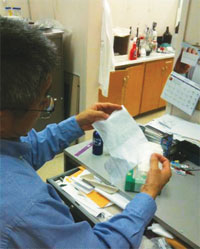 Chinese researchers have developed a cotton fabric that can clean itself when exposed to sunlight. Such materials have been made earlier but they self-clean only when exposed to UV rays. The new fabric has a coating of nanoparticles made of titanium dioxide and nitrogen. Titanium dioxide, the white material in paint and sunscreen lotions, breaks down dirt and kills microbes when exposed to sunlight. Nitrogen triggers rapid and effective cleaning. Even if washed, the coating remains intact. Applied Materials & Interfaces, December 28 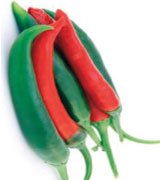 Chillies use their fiery flavour, derived from chemical capsaicinoids, to fight seed-eating Fusarium fungus. Then why aren’t all chillies hot? To find an answer, biologists collected wild chilli species across Bolivia. They discovered that only 20 per cent of the peppers produced in the dry regions are hot, compared with 100 per cent of the peppers in wet conditions. Reasoning that water may play a role, the team counted number of stomata in the chillies. They found hot chillies have three times more stomata per square millimetre, suggesting they would do poorly in dry areas. The scientists grew the hot chillies in desert-like condition. They produced 50 per cent fewer seeds, growing milder. When faced with a choice, plants make hot chillies only when they do not have to worry about drought, says the lead researcher. Proceedings of the Royal Society B, December 2

Microbiology
Why hard to cure

The bacteria that cause tuberculosis (TB) stand out. Unlike other microbes, they divide asymmetrically, which explains why TB is difficult to treat. Scientists have found that mycobacteria generate cells at different rates and sizes, and differ in how susceptible they are to antibiotics, increasing the chances that at least some will survive. The infection kills more than 1.5 million people every year. Science, December 15 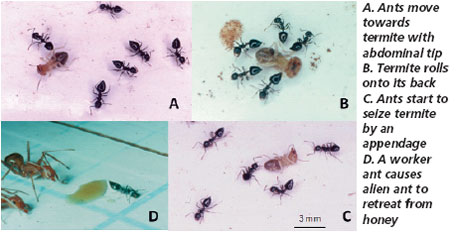 Enemies should not mess with Crematogaster striatula. The African worker ant has a venom that can go airborne, paralysing and killing its enemy (termites) from a distance of 1 cm, say researchers in France. The sting sits on the ant’s rear-end, which connects to its torso by a flexible stalk, so the ant can aim it in any direction. The venom emitted has three functions: it summons nearby nestmates for assistance, repels alien ant and kills termites. The research proves helpful in the search for natural insecticides. PLoS ONE, December 14