Unlike Earth, the magnetic field on the moon is not pervasive. Only, some parts of its crust have magnetic field. This, one of the moon’s oddest anomaly, has quizzed scientists for long. It has now been explained. Scientists say the inconsistency is due to a 120-mile-wide asteroid that smashed into the moon’s South Pole 4.5 billion years ago. It left behind the magnetic rock. Science, March 9

This might be a cause of worry for pregnant women. A study has found keeping a cell phone close to the belly could affect the unborn baby’s health. Researchers studying mice found that exposure to cell phone radiation during pregnancy affected the offspring’s brain development and caused hyperactivity and memory problems. They say exposure affected the development of neurons in the region of the brain responsible for attention-deficit hyperactivity disorder. The team measured the brain electrical activity of adult mice as foetuses, and conducted various psychological and behavioural tests. Scientific Reports, March 15 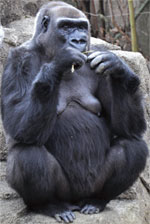 It’s long been known that chimpanzees were our closest cousins. But now it seems we have plenty in common with the gorillas too. Scientists have completed sequencing the genome of a female gorilla. The team found that most gorillas’ DNAs were identical to those of humans, despite the 10-million-year gap since the two species split off. In 30 per cent of the genome, the gorillas were found closer to humans and chimpanzees than the latter two are to each other. The “shared” pool includes genes involved in brain development and hearing, challenging the theory that humans’ listening abilities evolved when they developed language. Nature, March 8 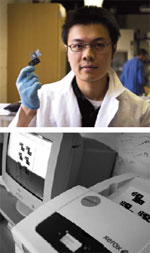 The traditional Japanese art of paper folding, origami, can now help save lives. Scientists have developed an origami-style sensor that can detect diseases such as malaria and AIDS. What more these sensors cost only 10 cents a piece. For the sensor, using photolithography or an office printer, a hydrophobic material such as wax is deposited into miniature canyons on chromatography paper. When a liquid sample is introduced, these canyons guide it to areas on the paper treated with reagents. If the sample contains the targeted substance, then the reagent visibly reacts by changing colour. Different reagents can be used, depending on what’s being tested for. Paper sensors like those used for ascertaining pregnancy are already in use. The oPAD is however able to test for more substances using a smaller surface area. Analytical Chemistry, March 6

There is a ray of hope for heart attack and cancer patients. Scientists have found how protein plasminogen is converted into plasmin. The enzyme removes clots. They used X-ray crystallography beamline to generate the atomic structure of plasminogen. They found while one part of it is stable, there is another unstable part. Proteins in the blood clot bind to this unstable part of the plasminogen when it is exposed, and thus it is converted to plasmin. Cell Reports, March 8

HEALTH SCIENCES
Beauty in a bowl

If nutrition isn’t enough to get you eating more fruits and vegetables, here’s some news that may convince you— they make you look good too. Researchers tracked the fruit and vegetable consumption of 35 people over a six-week period and found that higher intake was associated with perceptible changes in skin colour. As participants ate more fruits and veggies, their skin tone looked healthier. Specifically, participants eating more fruits and vegetables saw increases in red and yellow tones in their skin. The researchers attribute the colour change to carotenoids, the compounds that give plants their colour. The study looked at two carotenoids in particular: beta-carotene, which gives carrots their orange colour; and lycopene, which adds a reddish hue to peppers and tomatoes. PLoS One, March 7 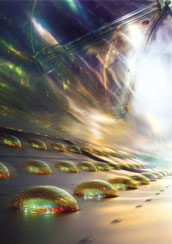 Neutrinos—ghostly particles—change identity as they move through space. The three types or flavour of neutrinos—electron, muon and tau—morph into each other through a phenomenon called oscillation. Just like white light composed of red, green and blue shifts its tint as the proportions of each colour change, the type of a neutrino changes as their masses oscillate. Two of these oscillations have been quantified. Now, researchers have characterised the third one. The measurement makes possible new experiments that may help explain why the present universe is filled mostly with matter, and not equal parts of matter and antimatter as postulated by the Big Bang theory. Physical Review Letters, March 8

Earth’s oceans are acidifying faster than during the last 300 million years. Scientists have found that surging levels of carbon dioxide in the atmosphere forced down the pH of the ocean by 0.1 unit in the last century, 10 times faster than the closest historical comparison from 56 million years ago. This can endanger marine life from oysters and reefs to sea-going salmon. For the study scientists used fossil records including the preservation of calcium carbonate in ocean sediments and the concentrations of various elements to reconstruct past ocean conditions. Science, March 2 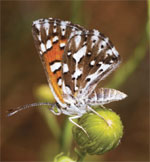 Commonly used weed-killers can have damaging impacts on butterfly populations. A team of researchers examined the impacts of three commonly used herbicides—triclopyr, sethoxydim and imazapyron—on the larvae of the highly endangered butterfly Lange’s metalmark. When the larvae were exposed to the herbicides the adult butterfly population dropped by between 25 per cent and 30 per cent. The study is one of the first to document the negative effects of weed-killers on butterflies. The researchers say butterflies are either being affected by inert ingredients in the herbicides or the herbicides may be affecting butterflies’ food source. Environmental Pollution, May

LIFE SCIENCES
Sleepless in the south

The first state-by-state sleep maps for the US have revealed that residents of southern states suffer most from sleep disturbances and daytime fatigue, while residents on the West Coast suffer the least. The study evaluated sleep disturbance and daytime fatigue in 36 US states. Researchers say regional differences in mental health, race and access to medical care were the strongest factors to explain these differences. Sleep disturbance is a major public health concern. However, geographic dispersion of sleep problems, and the factors that may explain why some states or regions get better sleep, have remained unexplored. Journal of Clinical Sleep Medicine, March 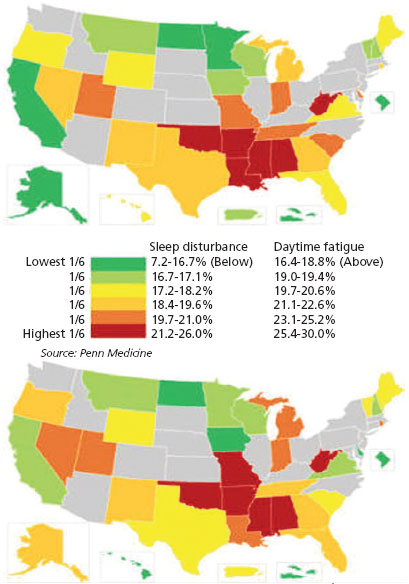